N’Golo Kante is a better football player than Declan Rice.

Hardly a groundbreaking statement, we know, but it might be worth alerting the powers that be at Chelsea to that fact.

The Blues are reportedly looking to swap out the World Cup winner for their former academy player in what would surely be a step backwards for Frank Lampard’s side.

Chelsea are one of a few clubs reportedly ready to launch a whopping bid for the West Ham midfielder.

While Arsenal and Man United’s teams would be improved if they signed the 21-year-old, Chelsea seem to forget they have the best defensive midfielder in world football.

Kante won Player of the Year in his first season at The Bridge but has been misused and misplaced for the past two seasons.

A waste of an undeniable talent from Maurizio Sarri which left football fans and pundits confused.

But Frank Lampard has adopted the same approach this season with either Mateo Kovacic, Jorginho or Billy Gilmour sitting deepest.

Kante is still a very capable box-to-box midfielder with his Duracell engine and underappreciated technical ability.

But that’s like saying Lionel Messi would be a good left-back. It’s still a waste.

The Frenchman was Leicester’s hero in 2016 and when Chelsea signed him for £30million that summer, it looked like one of the biggest steals of recent times.

He barely crossed the half-way line in his first season at Chelsea, marshalling in front of the back-line and breaking up any threats, but he hasn’t played that role for two years now.

If The Blues are so adamant not to get the best out of Kante, maybe it would be the right time to cash in for the 29-year-old?

Last summer Chelsea sold their best player in Eden Hazard in the prime of his career, something the London club rarely do.

Should Kante leave, you can be sure some of the world’s biggest and richest clubs will form a deep-pocketed queue to sign him.

He is such a unique talent that every team would be happy to have him.

So Chelsea could definitely cash in on their number seven, but why would they spend the majority of that money on what looks like a replacement in the same position?

Well, for one, Rice is eight years younger and was a Chelsea youth team player.

As a young England international, he fits the mould of Lampard’s Chelsea and is a Blues fan from his younger days.

The West Ham midfielder’s breakthrough season earned him a place in the England set-up and has attracted attention from the Premier League big boys.

But this season has not been the same fairytale with The Hammers sitting 16th and only out of the relegation zone on goal difference.

He would also face the same issues as Kante at Chelsea, with the deep-lying midfield role seemingly taken by Jorginho.

Would Chelsea really fork out £70m for Rice only to play him out of position?

What Chelsea have in N’Golo Kante is a one in a million type of player, a running machine the likes of which the Premier League has never seen, even when he is played out of position.

So the question is, why lose one of the world’s greatest players for a man fighting relegation with West Ham? 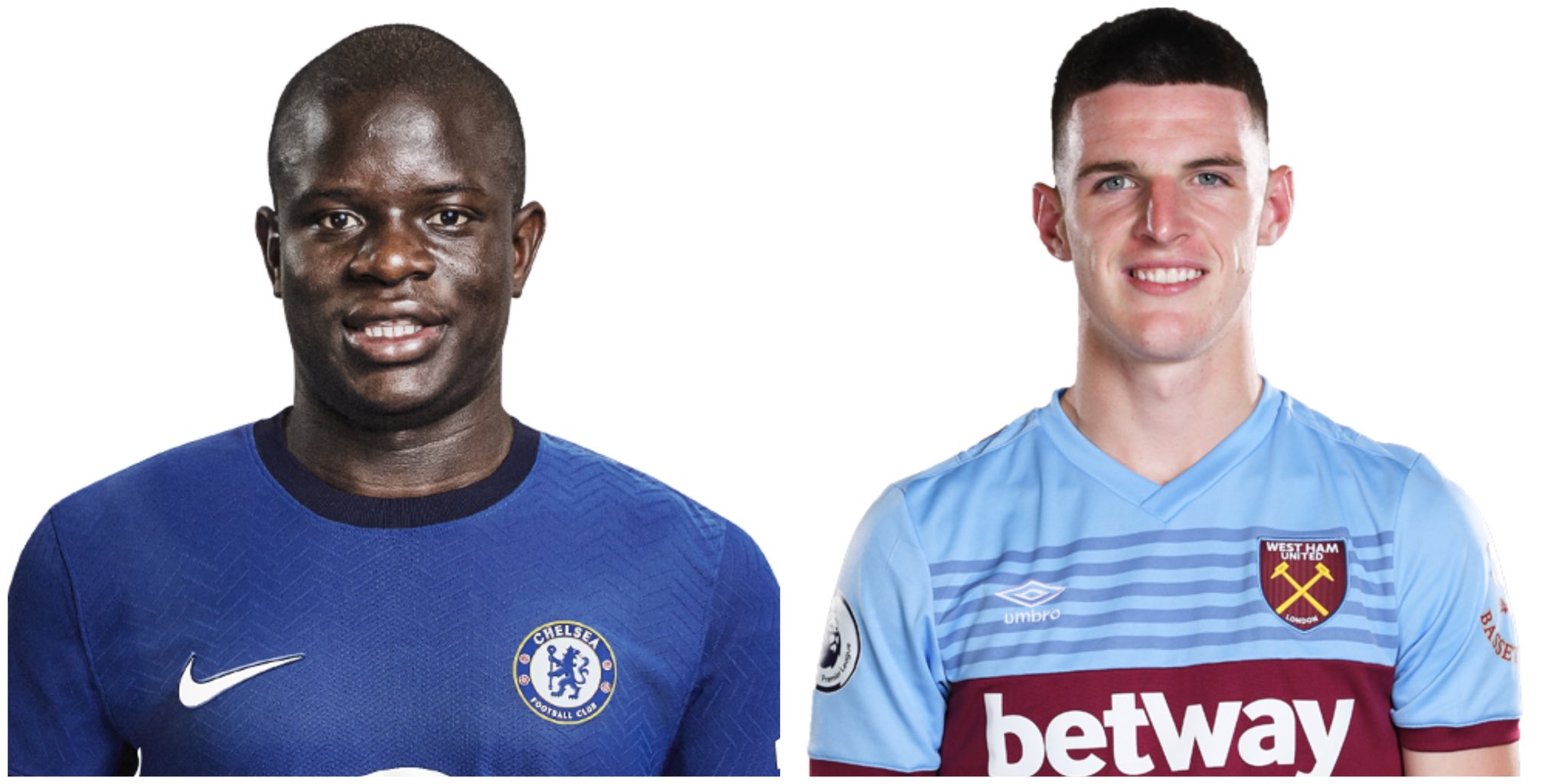