Christian Pulisic and Hakim ZIyech are still out of contention, as well as newly-arrived Edouard Mendy.

West Brom will be without two players with a Chelsea connection, with Branislav Ivanovic yet to gain match-fitness and Conor Gallagher ineligible to play against his parent club.

⚽️ Stats to know (via Opta) 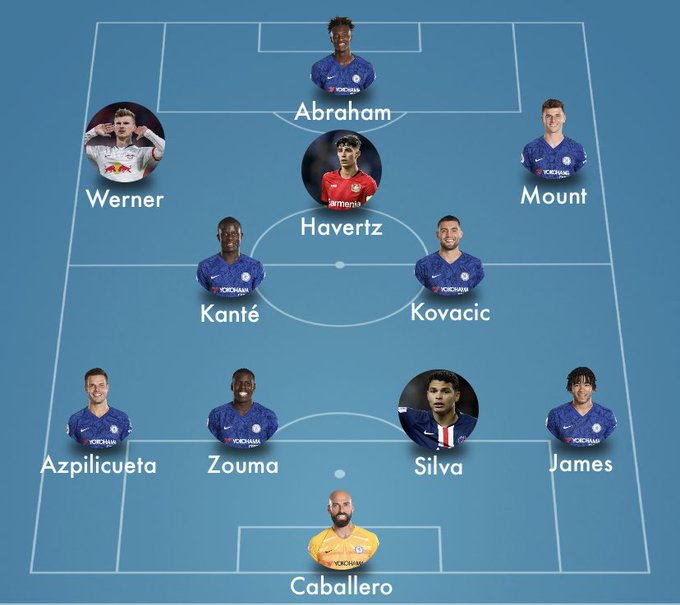 “Chelsea’s defeat by Liverpool last week was a bit of a reality check for them. Frank Lampard’s side looked pretty ordinary at times, and it was a reminder of where they are at – he is still trying to work out what his best team is, with all their new signings.

“We also saw, again, that Chelsea’s goalkeeper Kepa Arrizabalaga is not good enough – he makes too many mistakes, which is why they have gone out and signed Edouard Mendy this week.

“Whoever is in goal for them at The Hawthorns, Chelsea will surely bring in Thiago Silva at the back for his first league game – but I don’t see West Brom causing the Blues many problems anyway.”

“Chelsea got a confidence-boosting 6-0 win over Barnsley on Wednesday after such a poor display against Premier League champions Liverpool last weekend. There were plenty of positives, with Kai Havertz scoring a hat-trick and Thiago Silva and Ben Chilwell making their debuts for the club.

“Chelsea have won the last four matches between the two teams and not conceded a goal in that time. Based on the way West Brom have been leaking goals and Chelsea’s rampant scoring in midweek, a comfortable away victory is on the cards.”

⚽️ Quotes from the manager (via Chelsea FC)

Frank Lampard on Thiago Silva and Ben Chilwell: “We play another game with a pretty tight turnaround on Tuesday and then another game on Saturday, and then some international players will maybe go and play three games for their countries so I am managing that one.

“But having come through the game the other day as they did, particularly Thiago who did start that game and has 60 minutes in the tank, that was good to see. With Ben, I will maybe be a little more cautious just to make sure. His injury had been quite a challenging one and I will make those calls, but they are in a good place at the moment.”