PSG have had a dismal start to their 2020/21 campaign. The side lost their first two games, including a defeat against newly-promoted Lens in their first game and a chaotic Le Classique loss with Marseille that saw the referee brandish 14 yellow cards and five red cards.

Despite picking up another red card, the Parisians did bounce back against FC Metz in their last outing with a 1-0 win giving them their first points this year. If Thomas Tuchel’s side is to replicate the domestic treble of last year, the form and discipline needs to be improved quickly.

On the other hand, OGC Nice started strongly with two wins to open the season, beating Lens and Strasbourg. In their last outing, however, the team fell 3-1 to Montpellier leaving the side in seventh-place going into this game.

Read on for full details on how to get a live stream of Nice vs PSG no matter where you are in the world with our guide below. 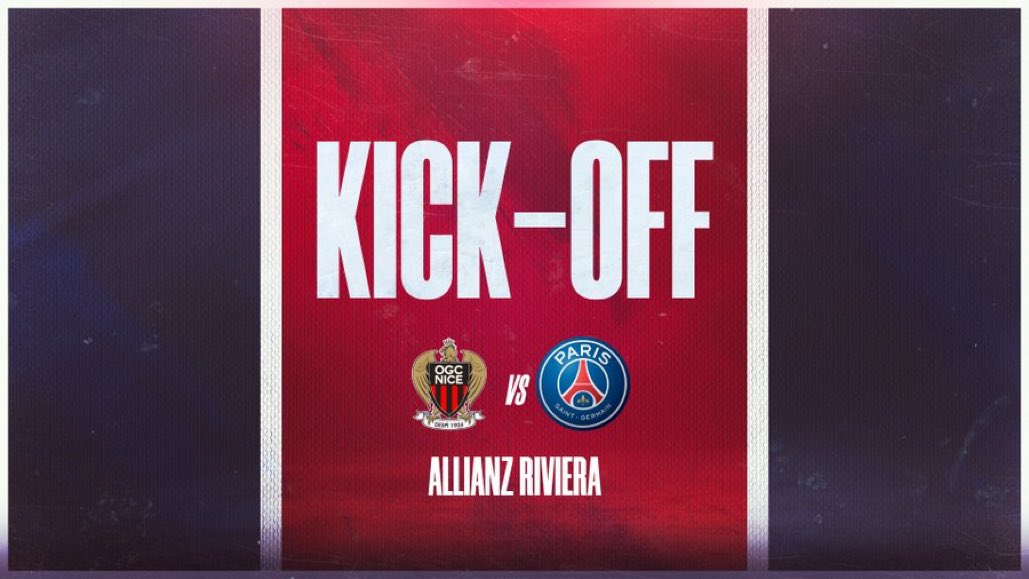 Nice vs PSG: Where and when?

All eyes will be on the Allianz Riviera in Nice on Sunday for this match which is set to take place in front of a reduced-capacity crowd. Kick-off is at 1pm CEST local time.

That makes it a 12pm BST start in the UK with 9am ET / 6am PT being the times for U.S. folks to tune in. For those watching the game from Australia, it’s a 9pm AEST start on Sunday evening. 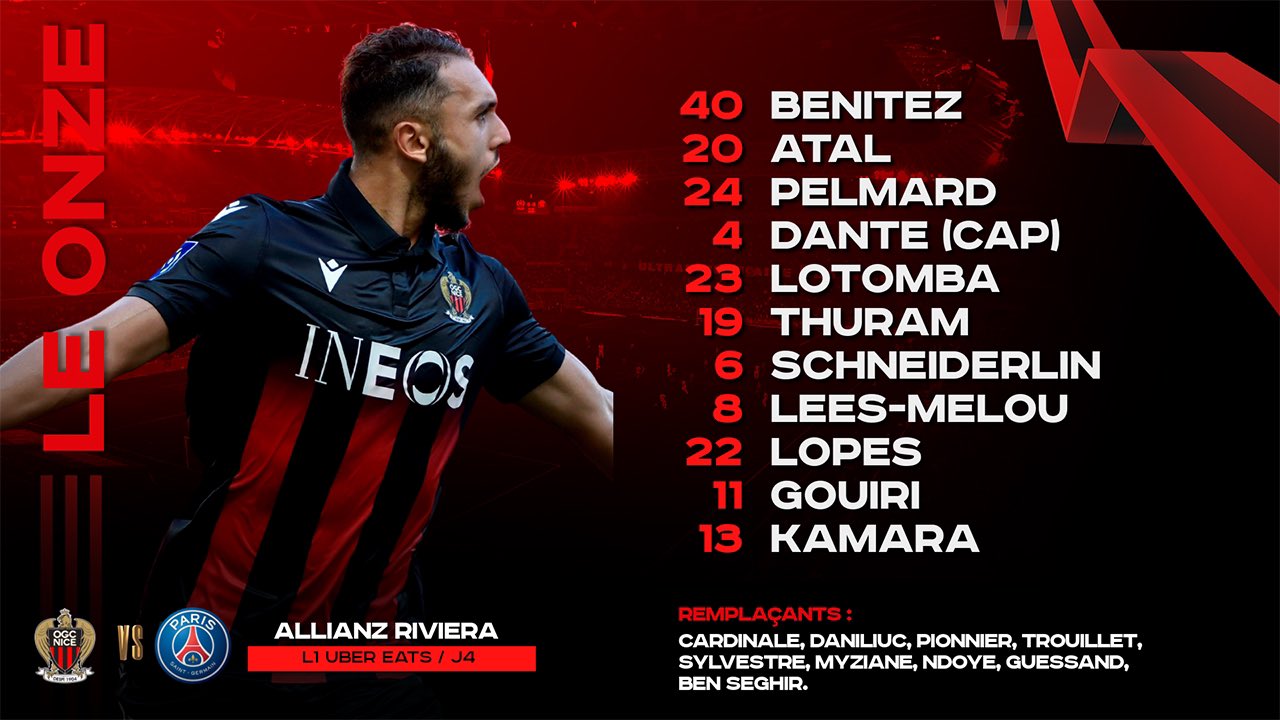 Kasper Dolberg, Alexis Claude-Maurice, Stanley Nsoki, Danilo and Robson Bambu are all out for the hosts, for various reasons. 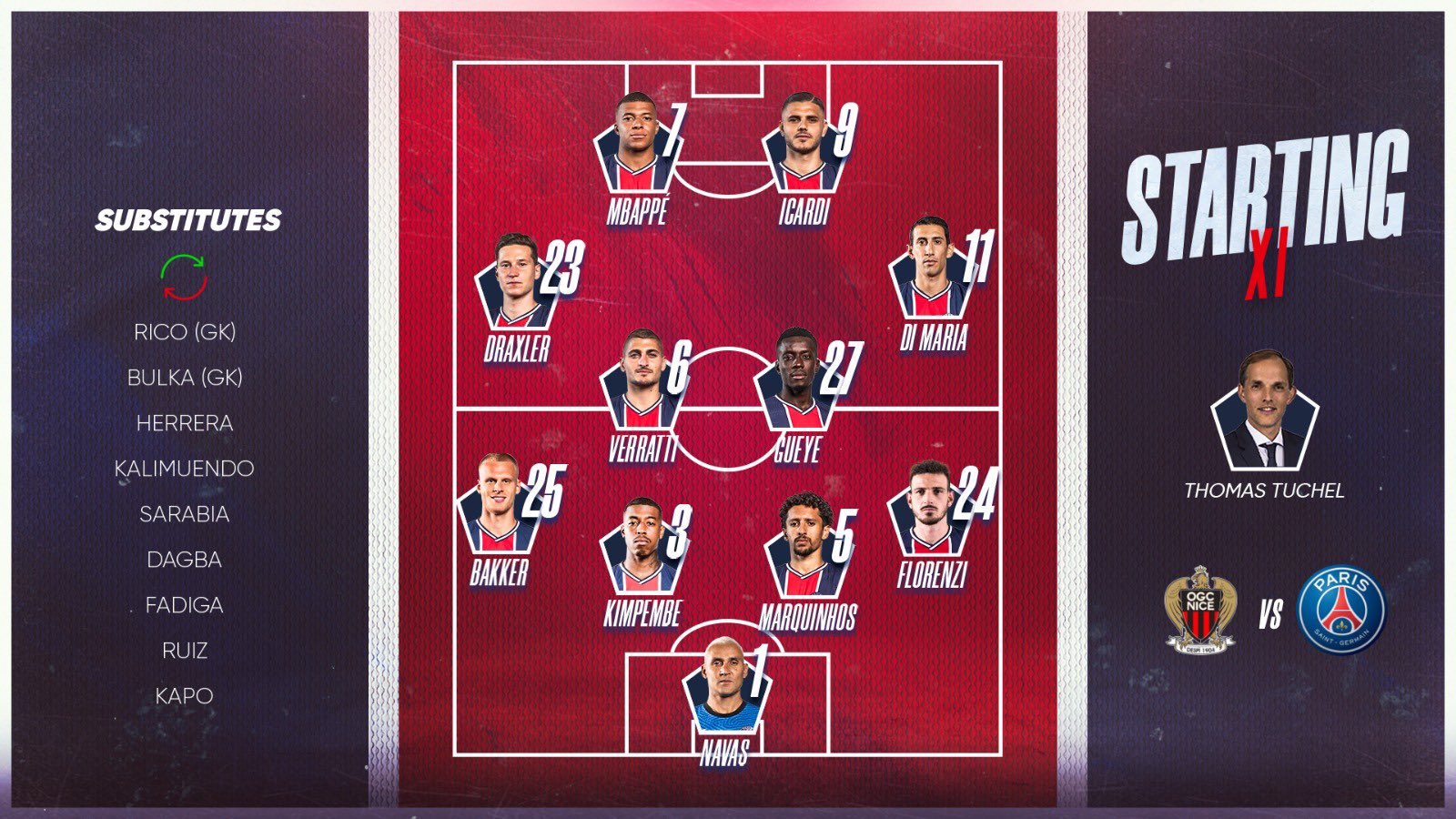 PSG remain without four players through suspension, with Abdou Diallo joining Neymar, Layvin Kurzawa and Leandro Paredes in missing the match after his red card against Metz. Juan Bernat is out with an ACL injury but Kylian Mbappe could return for the defending champions.

“I need to speak with him, but the doctor said to me that he is available, as has the Ligue,” Tuchel said.

“We will await the session on Saturday, we will discuss before and after. If he is feeling well, I think he will be in the squad, but I don’t know if he will start the match or not.

“We need to protect him, we can’t expect too much of him. He needs to readapt, build up his confidence in his duels, and get back his form physically. We need to be patient with him.”

Watch Nice vs PSG online from outside your country

We have details of all the US, UK, Australian, and Canadian broadcasters of the Ligue 1 further down in this guide. If you’re intent on watching Nice vs PSG but find yourself away from home then you’ll run into problems when trying to stream your domestic coverage online from abroad as it’s likely to be geo-blocked.

If that sounds like your situation, then one of the best VPNs (Virtual Private Network) is what you need. A VPN allows you to virtually change the IP address of your streaming device to one that is located back in your home country meaning you can watch the game as if you were sat at home.

VPN’s are incredibly easy to use and have the added benefit of giving you a further layer of security when surfing the web. There are lots of options, and we recommend ExpressVPN as our #1 pick due to its speed, security, and ease of use. It can be used on a vast array of operating systems and devices (e.g. iOS, Android, Smart TVs, Fire TV Stick, Roku, games consoles, etc). Sign up for ExpressVPN now now and enjoy a 49% discount and 3 months FREE with an annual subscription. Or give it a try with its 30-day money-back guarantee. Looking for other options? Here are some alternatives that are on sale right now.

No matter where in the world you may be, a VPN is one of the easiest ways to watch Nice vs PSG. Get in on this deal now!

How to stream Nice vs PSG online in the U.S.

Pay TV sports service BeIN Sport has broadcast rights for Ligue 1 coverage in the U.S., though viewers have a few options for how to watch the Nice vs PSG game online. BeIN Sports has its own service, BeIN Sports Connect, though you can also stream live coverage via Fubo TV or Sling TV. They also carry free trials, so it’s worth checking out if you’re of cord-cutting persuasion.

How to stream Nice vs PSG live in the UK

BT Sport has the rights to Ligue 1 live games in the UK and is showing Nice vs PSG on its BT Sport ESPN channel and for streaming via its BT Sport app. If you’re not yet signed up with BT Sport, you can get a monthly pass for just £25 that also gets you access to BT’s upcoming Premier League football, Women’s Super League, Bundesliga, and more.

To get your fix of French football Down Under, you’ll need to tune in to BeIN Sports. You can subscribe to BeIN Sports Connect for AU$19.99 per month or AU$179.99 per year to access this fixture, among the rest of its coverage. It comes with a two-week trial, too.

Alternatively, subscribing to Kayo Sports gets you access to Ligue 1 among many other sports leagues from AU$25 per month. If there’s something else on that service you want to watch, then it might be a better value overall.

You’ll need to get up pretty early to catch the game in Oz, though, as it’s a 9pm AEST kick-off on Sunday evening.

BeIN Sports also has rights to Ligue 1 coverage in Canada. You can watch the game live from Nice using either the BeIN Sports Connect service or via Fubo TV.