Frank Lampard’s side exited the competition last term in dismal fashion, losing 7-1 on aggregate to eventual champions Bayern Munich in the knockout stages.

As such, the Blues’ squad underwent major surgery in the summer transfer window, but the defensive frailties of last season have remained a concerning blot on his tenure, typified by Chelsea’s late collapse against Southampton over the weekend.

Timo Werner and Kai Havertz simultaneously opened their league accounts for the season against the Saints but that was somewhat overshadowed as Jannik Vestergaard nicked a point for his side at the death.

Sevilla represent another tricky opponent for Lampard to pit his wits against. And in this first ever meeting between these two clubs, Lampard will be hoping to end a dire run of just one win in nine Champions League matches against Spanish opposition for Chelsea. 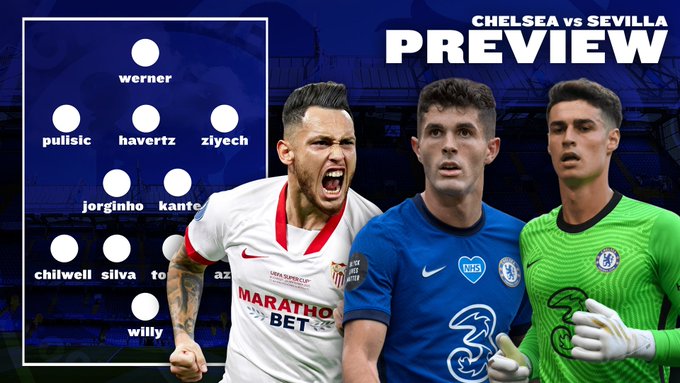 Where to watch Chelsea vs Sevilla on TV:

Where to live stream Chelsea vs Sevilla:

US ONLY: Fubo* are streaming a selection of Champions League fixtures live for account holders. Those without a Fubo account already can take advantage of their seven-day free trial by following the simple steps below.

Compare football odds to get the best in the market using the Oddspedia tool below. Selecting a price will take you to the bookmaker’s sign-up page, where you can register, claim whatever welcome offer is available to new customers and place your bet. 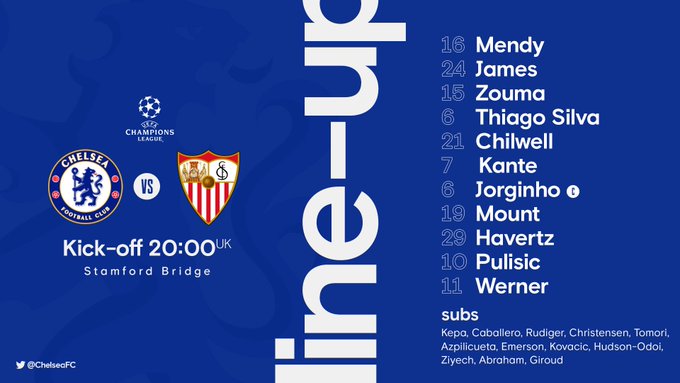 Lampard will remain without summer signing Edouard Mendy, who is struggling with a thigh injury, so the Chelsea boss must decided whether to stick or twist with Kepa Arrizabalaga, who was guilty of another clanger against the Saints.

Elsewhere, Thiago Silva is available for selection after missing the Southampton match, which will be a huge boost to Lampard, who can call upon a centre-back who featured in the Champions League final last season. Hakim Ziyech could also feature from the off.

For Sevilla, Julen Lopetegui will be without star centre-back Jules Kounde, which means Sergi Gomez will likely deputise in his absence.