Barcelona start life under Ronald Koeman in La Liga with a home game against Villarreal on Sunday night (8pm kick-off).

Koeman stepped down from his role as Netherlands head coach in August to replace Quique Setien, who was sacked following Barcelona’s 8-2 humiliation at the hands of Bayern Munich in the Champions League quarter-finals.

Barcelona haven’t exactly had the happiest summer post-Champions League as doubts surrounded some of their star players’ futures including Lionel Messi and Luis Suarez. The latter left for Atletico Madrid in the past few days.

But they may take confidence into the new campaign, kicking off against a Villarreal team they have not lost to in the league since 2008, a run of 22 games (16 wins, six draws). The Blaugrana have also lost just one of their opening La Liga games when playing at home, and that came 81 years ago in 1939.

So, can Barcelona keep their records going? Or will Villarreal’s recent away form (losing just three of their past 11 in La Liga) ruin Koeman’s homecoming?

Where to watch Barcelona vs Villarreal on TV:

Where to live stream Barcelona vs Villarreal:

UK: Bet365* are streaming this match live for account holders. Those without a Bet365 account already who are interested in streaming Barcelona vs Villarreal live can take advantage of this service by following the simple steps below. 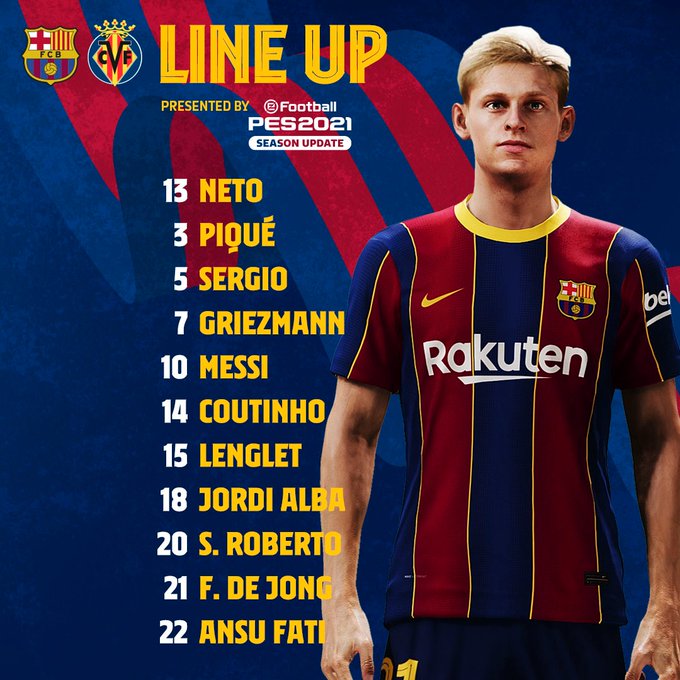 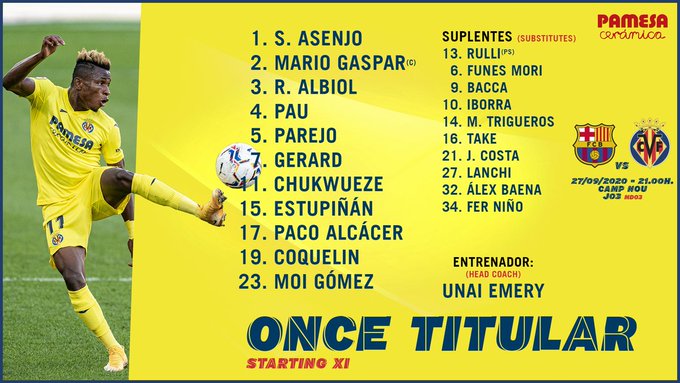 There have been many changes since Barcelona last took to the field in a competitive fixture. Nelson Semedo, Arturo Vidal and Luis Suarez have all left, joining Wolves, Inter Milan and Atletico respectively. Marc-Andre ter Stegen is out until at least October following surgery on a knee injury, so expect Neto to start in goal.

Raul Albiol is a doubt after breaking his nose in the win over Eibar last time out, so Ramiro Funes Mori could be in line to replace him for Villarreal.

Despite their 8-2 defeat to Bayern Munich and Setien’s subsequent sacking, the biggest story surrounding Barcelona this summer was the future of Lionel Messi.

The Argentinian is usually a reserved figure but has been outspoken over his unhappiness with the current Barcelona regime since they blocked his attempt to leave the club he has given his entire career to so far. Messi wanted to exercise a clause in his contract which allows him to leave on a free transfer after each season concludes. However, because he did not inform Barcelona by the specific deadline, they insisted his release clause of €700m would have to be met.

So Messi stayed, but he remains publicly critical of how Barcelona is being run. His latest statement on the matter comes after Suarez’s departure. Commenting on Suarez’s Instagram post following the move, Messi wrote: “You deserved a send-off matching who you are – one of the most important players in the club’s history, achieving important things both as a group and individually.

“Not to get thrown out like you have been. But the truth is at this point nothing surprises me.”

There was also input from former Barcelona forward Neymar, who commented: “Amazing how they do things.”

But moving the focus back onto the pitch, Messi must now put his grievances behind him and help Barcelona reclaim the title from Real Madrid after last season. And the 33-year-old is in a good position to do so, having been directly involved in 20 goals in his past 20 La Liga appearances against Villarreal, scoring 14 and recording four assists. At the Nou Camp specifically, Messi has eight goals in eight league games against Villarreal, and Koeman will be hoping that run can continue.