If the last 100 days made us forget about Chelsea football, the team did a fantastic job reminding us of the major issues throughout the season: inefficiency in front of goal, too slow and too predictable too often in passing, lapses of concentration in defense and set pieces. All the possession, none of the goals.

After half-chances for Mason Mount, César Azpilicueta, and a couple nice low crosses from Willian, Villa grabbed an opportunistic goal against the run of play just a couple minutes before half-time. Kovačić nearly equalized just before the break, but his sweet volley missed by inches.

The second half began much the same way as the first half ended, but then Lampard made some changes and the game changed for the better as well. Pulisic and Barkley made almost immediate impact, as Chelsea scored two goals in two minutes just past the hour mark to take the lead.

Chelsea’s defensive lapses almost gifted Villa a late equalizer, but we survived in the end.

GIROUD GIVES US THE LEAD! 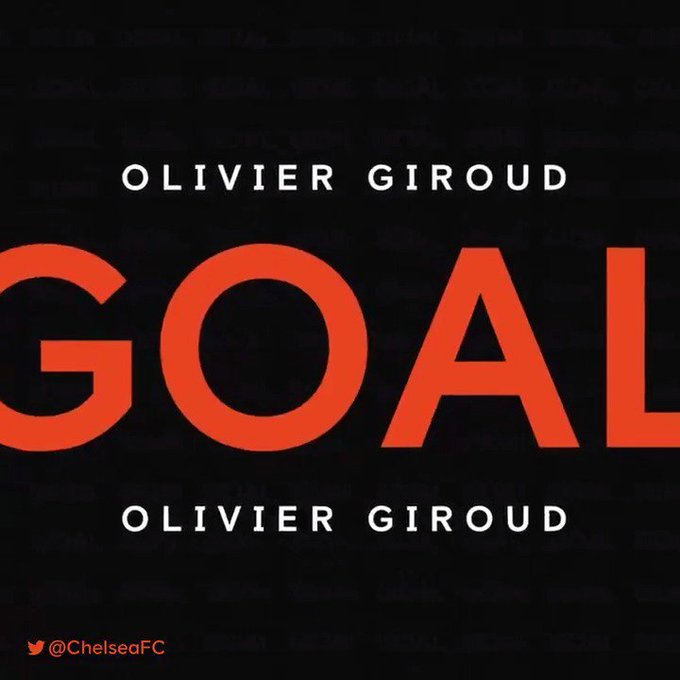 Christian Pulisic and Olivier Giroud scored within two minutes of each other as Chelsea came from behind to beat Aston Villa 2-1.

Chelsea came from behind at Aston Villa to move five points clear in fourth as two goals in as many second-half minutes earned them a 2-1 win.

Kortney Hause scored his first Premier League goal two minutes before the interval to give struggling Villa a half-time advantage.

However, substitute Christian Pulisic levelled for Frank Lampard’s side before Olivier Giroud made it eight goals in his previous six top-flight games against Villa when grabbing the winner.

A justified equaliser for Chelsea. Azpilicueta gets down the right and delivers a fantastic ball in, it takes the whole Villa defence out of the game and here is Christian Pulisic to slot it home on the half volley at the back post.

Barkley replaces Kovacic. Glorious factoid from Hawthorne: those two played against each other for England and Croatia behind closed doors once.

Rudiger looking more rusty than most: he has swung and missed at thin air!

Willian with a nice cross, Azpilicueta with the header at the near post but it never looks likely and it is wide.

Chelsea have won five in a row against Villa. Kante has the ball for them, Azpilicueta down the right, fires in a cross that hits Matt Targett.

seemed to work well for Villa, Dean Smith appeared to give them a bit of a rocket. Anyway, no changes at the half.

Very much against the run of play, but Kortney Hause popped up with his first ever PL goal and that is the difference between the sides at the interval.

The other curio: the sprinklers magically turned on for no reason and then a glorious sunny day was interrupted by a freak shower on about 40 minutes.

Alonso with a firm drive that Ings, I think, heads clear. And now Kovacic with a rasping effort, it flies just wide with the keeper beaten for all money.

Grealish has it out on the right flank, he plays it inside to Douglas Luiz. Lovely little chipped ball in, Villa chance at the back post for Anwar el Ghaz, blocked by the keeper and there are two Villa players jonny on the spot. It’s thumped home by Hause, who can scarcely believe his luck! Not sure anyone of a Villa persuasion can to be honest.

Tremendous knowledge from commentator Rob Hawthorne who says that Kortney Hause released a charity r and b single during lockdown and that is called ‘Worth It’. The lad goes to celebrate over by the corner flag – Hause I mean, not Hawthorne – and mimes singing into a mike.

Even Frank looks like it’s not entirely holding his attention here. Kovacic has fouled Grealish. They said earlier on the TV that Grealish has now been fouled more than any other player in a season.

Willian has been quiet but he’s a superb player IMHO who only needs half a sniff. He frees Mount, who gets to the byline and crosses DANGER HERE for Mount… oh. Ref has blown for something, not sure what.

Chelsea have got the ball back, that little spell from Villa was encouraging though.

Villa have come alive! Nice cross from the left by El Ghazi, McGinn gets ahead of Rudiger and glances a header… wide.

Chance for the Villa! Long ball, Davis heads it down well, and El Ghazi has a crack.

Good grief, the lad in the Villa goal really is an accident waiting to happen. Kovacic hits a harmless shot but Nyland has spilled it. It was only a bobbling daisy cutter but it nearly wobbled through him.

We are back underway. Alan Smith: “shame the Villa fans are not here because a bit of stick might liven the players up!