N’Golo Kante was born on the 29th day of March 1991 in Paris, France. He was born to relatively unknown parents from a lower class family background. Ngolo Kante’s parents migrated to France from Mali (West Africa) in 1980 to seek greener pastures in France.

N’golo Kante was born as the first child of four brothers and sisters. His dad died when he was very little. From a very young age, the sense of responsibility befell him. The death of his dad left Ngolo Kante’s mother (pictured below) with the saddling burden of parenting.

Early on, Kante knew the value of working hard because he saw that as the only way he could achieve something in Life. Growing up in Rueil Malmaison, a small and densely populated sub-urban area close to Paris, Kante worked as a trash/garbage picker while his mother worked as a cleaner in order to help sustain the family.

As a refuse collector, Kante would walk for kilometers around the Suburbs of eastern Paris looking for all sort of valuable waste to collect and deliver to small recycling firms all in the name of ‘quick cash’.

Knowing fully well Garbage Picking would continually make his family poor, Kante soughed out alternatives to financial freedom and an assured future for himself and his family. 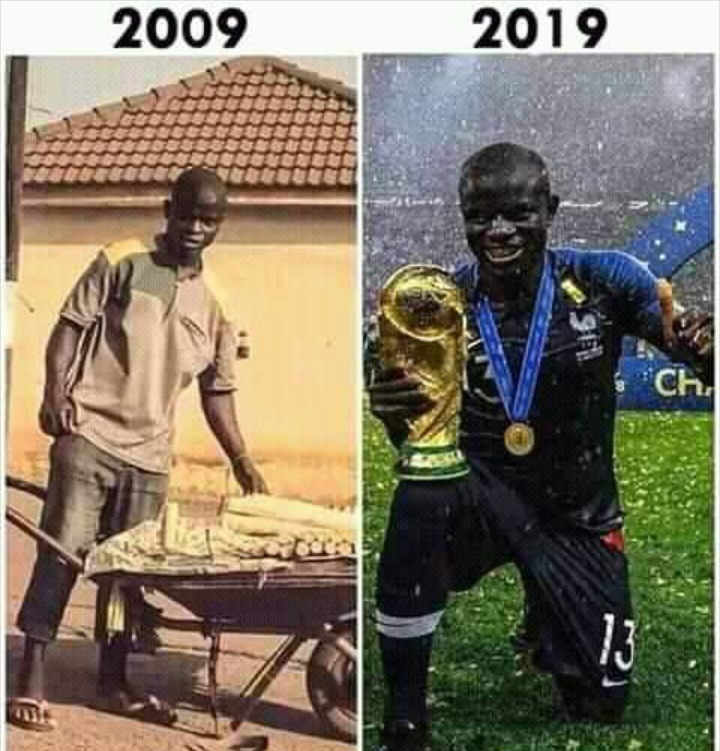 While the 1998 world cup was ongoing for the glory of France, Kante prospered financially by making more money collecting Trash dropped by football fans across stadiums.

He covered major ground used for the tournament close to his home, including squares of Hotels that served as viewing centres. N’golo Kante did all these to make monies which he invested in something worthwhile.

After the France 98 World Cup, Kante saw a different France. He saw an opportunity filled country whose football glory and future rested on the shoulders of migrants. This was a time he got familiarized with the names of African migrants who helped France clinch the 1998 FIFA world cup.