Chelsea FC manager, Frank Lampard is keen on adding more players to the Chelsea squad as they are in dire need of extra legs as of this period and he is looking to take advantage of this transfer window before it closes.

Paris St. German striker, Edinson Cavani has been linked with a move to the London club after he recently handed in a transfer request. He is 33 years old but could prove to be a solution to the unstable form of the Club which has been identified by Lampard to be as a result of the lack of clinical finishing in the Chelsea attack this season.

It was also gathered that Lampard has dropped a hint to show that he is truly interested and ready to have Cavani in England. Below is a statement from the Chelsea manager during the pre-match conference for the Arsenal match.

“He’s an experienced player but so are many other players out there! We are young as a squad so the idea of bringing in experience is not something I’m looking away from. Sometimes the younger players need a bit of help”.

Some fans already started creating pictures of the striker in a Chelsea jersey as seen below, to show they will be happy to have him in Stamford Bridge. 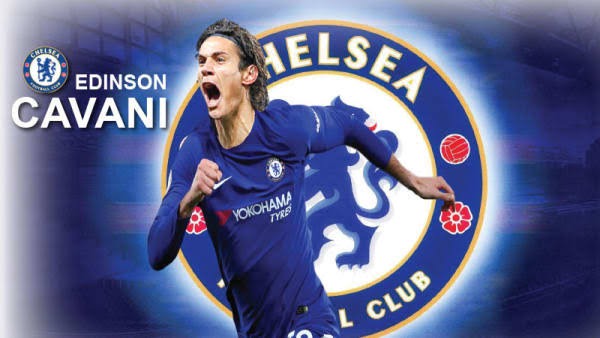 However, it may not be all that easy to lure the prolific striker to London as Chelsea will have to compete with Athletico Madrid is also showing interest in the PSG Striker.