The singer who in the past has won the highly coveted Headies ‘Next Rated’ Award is reporting the label to the boss because they won’t allow him put out 20 songs in just a year.

Mayorkun is doing so well, he is doing all right now, he’s the best artists under the label which Davido himself can’t take for granted, he wants to drop more song in a year,

Mayorkun said this in the caption of a photo he posted on popular social network, Instagram. 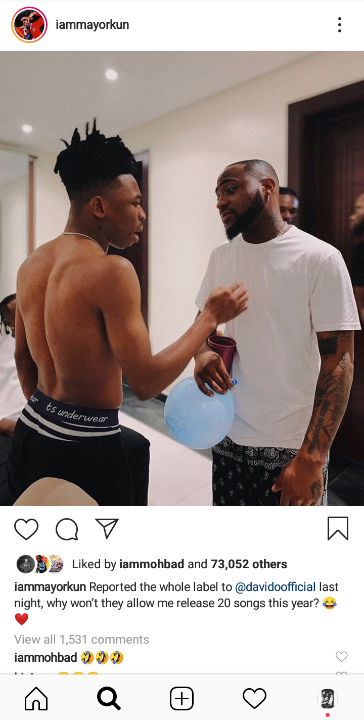 He posted a photo which shows him speaking to Davido and his face looks furious while Davido looked like a listener in the picture.