Timo Werner. Timo Werner (German pronunciation: [ˈtiːmoː ˈvɛɐ̯nɐ]; born 6 March 1996) is a German professional footballer who plays as a striker for English Premier League club Chelsea and the Germany national team. … He was also selected to represent Germany at the 2018 FIFA World Cup. 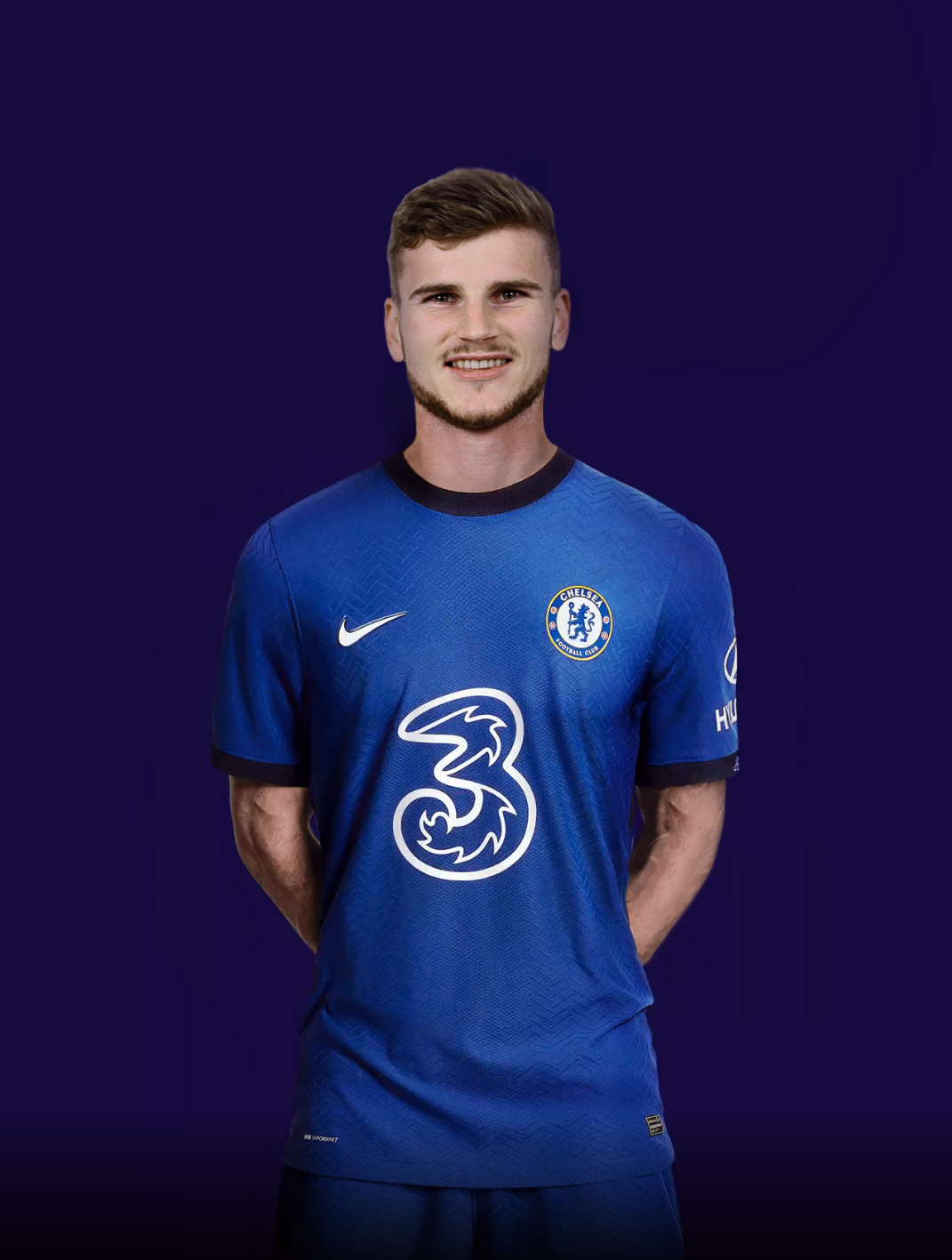 TSV have produced three professional players in total, including Sassuolo’s Jeremy Toljan and Sonnenhof Grossaspach’s Julian Leist, but Werner is undoubtedly the best.

“We saw that he could shoot with both feet and he shot like he was five years older in terms of power. He was also always very fast,” said Bulling.

“In our senior matches, while his dad was coaching, he ran around the field 10 times working on his speed.

“He always used to ask his dad how fast he was, as his dad was timing him. He always had a ball with him too. That’s what I remember about him.

“He had an outgoing personality. He was open to everyone and his team-mates liked him. His father was the most important person in him making it in the sport, that’s for sure.”

Alongside his runs around the 100-yard pitches of Stuttgart during the men’s games, Werner used to do extra training in the mountainous landscape around his home district of Bad Cannstatt.

He outgrew TSV quickly and youth coaches Markus Simon and Bernd Fisel handed him over to the city’s biggest club, Stuttgart, when he was aged only eight, having trained with both clubs for a time.

At VfB, Werner blossomed. Ahead of his senior debut, he had scored 24 goals for Die Roten’s Under-19s in the 2012-13 campaign and won the Fritz Walter gold medal – an annual award given by the German Football Association to outstanding young players – in the U17 category.

Werner made his Stuttgart debut at just 17 years, four months and 25 days old, breaking the club record for the youngest debutant in a Europa League qualifier away to PFC Botev Plovdiv – a game that ended 1-1.

Current Vissel Kobe and former Stuttgart defender Gotoku Sakai was astounded by Werner’s impact at such a young age.

The American manager, who is now at Red Bull Salzburg, expects the versatile Germany international striker to thrive at Stamford Bridge

Chelsea have been advised that using Timo Werner in a wide attacking role may be their best option when the German forward joins their ranks, with Jesse Marsch talking up the qualities of the versatile 24-year-old.

The Blues won the race for a prized signature, with the decision to trigger Werner’s £54 million ($68m) release clause allowing them to acquire one of Europe’s most prolific frontmen.

Frank Lampard is still waiting on clearance to be given for Werner to head for Stamford Bridge, with quarantine procedures during the coronavirus pandemic delaying matters.

Werner is, however, readying himself for a new challenge and is being backed by many to become a Premier League superstar in 2020-21.

Marsch forms part of that fan club, with the American coach having spent time working with the Germany international at Leipzig.

For him, Werner is at his most destructive when given freedom to drift rather than being locked into a central striking role, with Chelsea needing to find a way of fitting those qualities into their tactical blueprint.

“He likes to drift to the left and then come in with his right,” Marsch, who is now in charge of Red Bull Salzburg, told Bleacher Report’s Football Ranks podcast. “He can drag the ball [out wide] and cross it or come across the goal as well.

“He’s also good at finishing crosses from the right side when he’s attacking in the box, but he’s also good in the middle and he’s good on the right, too.

“I think if you’re playing with two strikers, which is what we did often at Leipzig, we gave them freedom to move to the left. 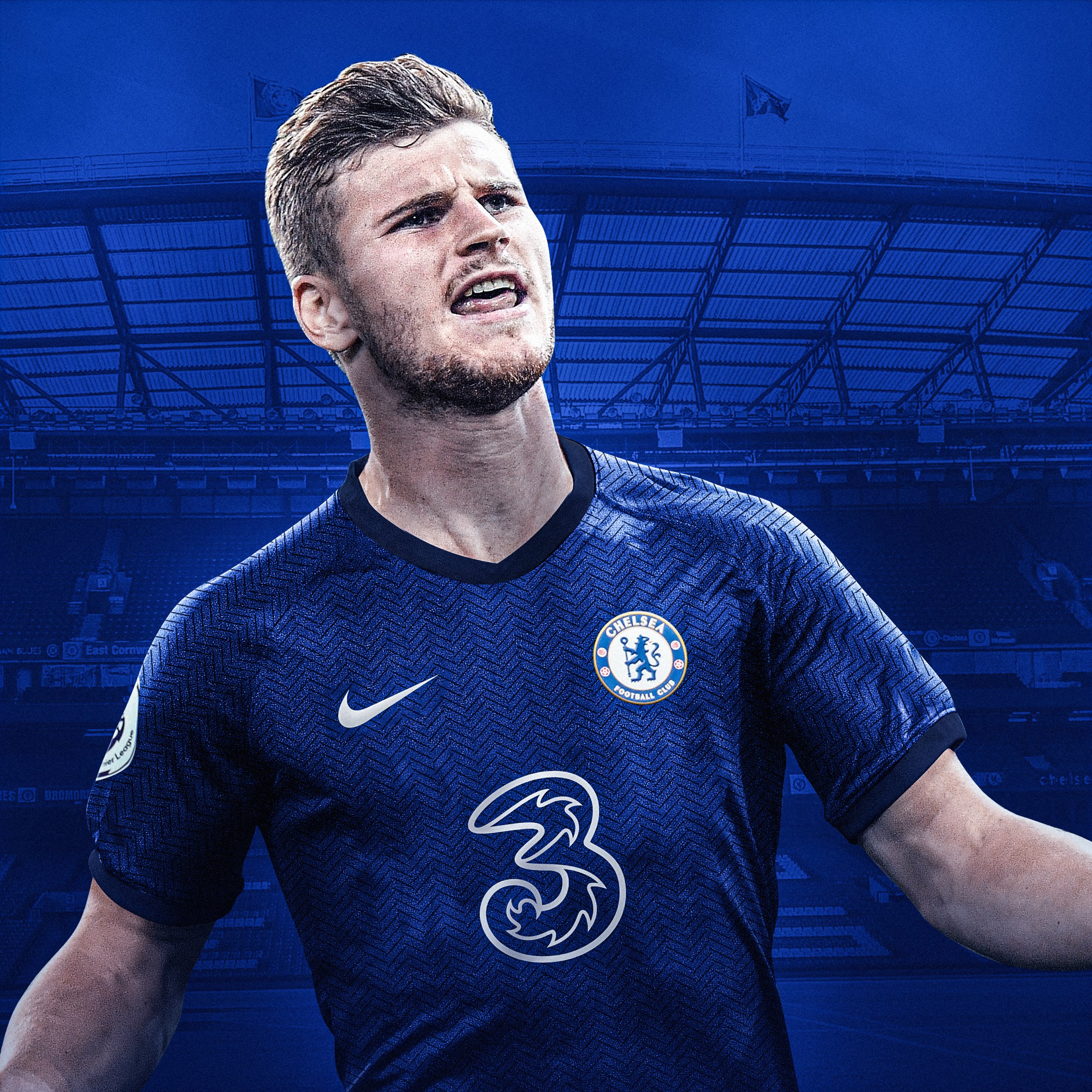 How Chelsea could line up next season with Timo Werner, Hakim Ziyech, Kai Havertz and Ben Chilwell transfers

Chelsea have stolen a march on their Premier League rivals ahead of next season with an impressive recruitment drive before this delayed campaign has even finished.

The Blues, who have not signed any new players across the last two transfer windows, have already secured the signing of Ajax playmaker Hakim Ziyech and also announced a deal for RB Leipzig striker Timo Werner.

There is increasing confidence in west London – and an acceptance at Leicester – that they will also land England international Ben Chilwell to solve their problem position at left-back.

Attention has similarly been turned to Bayer Leverkusen midfielder Kai Havertz, though Chelsea face stiff competition in the race for the 21-year-old, with his current club also willing to sell. 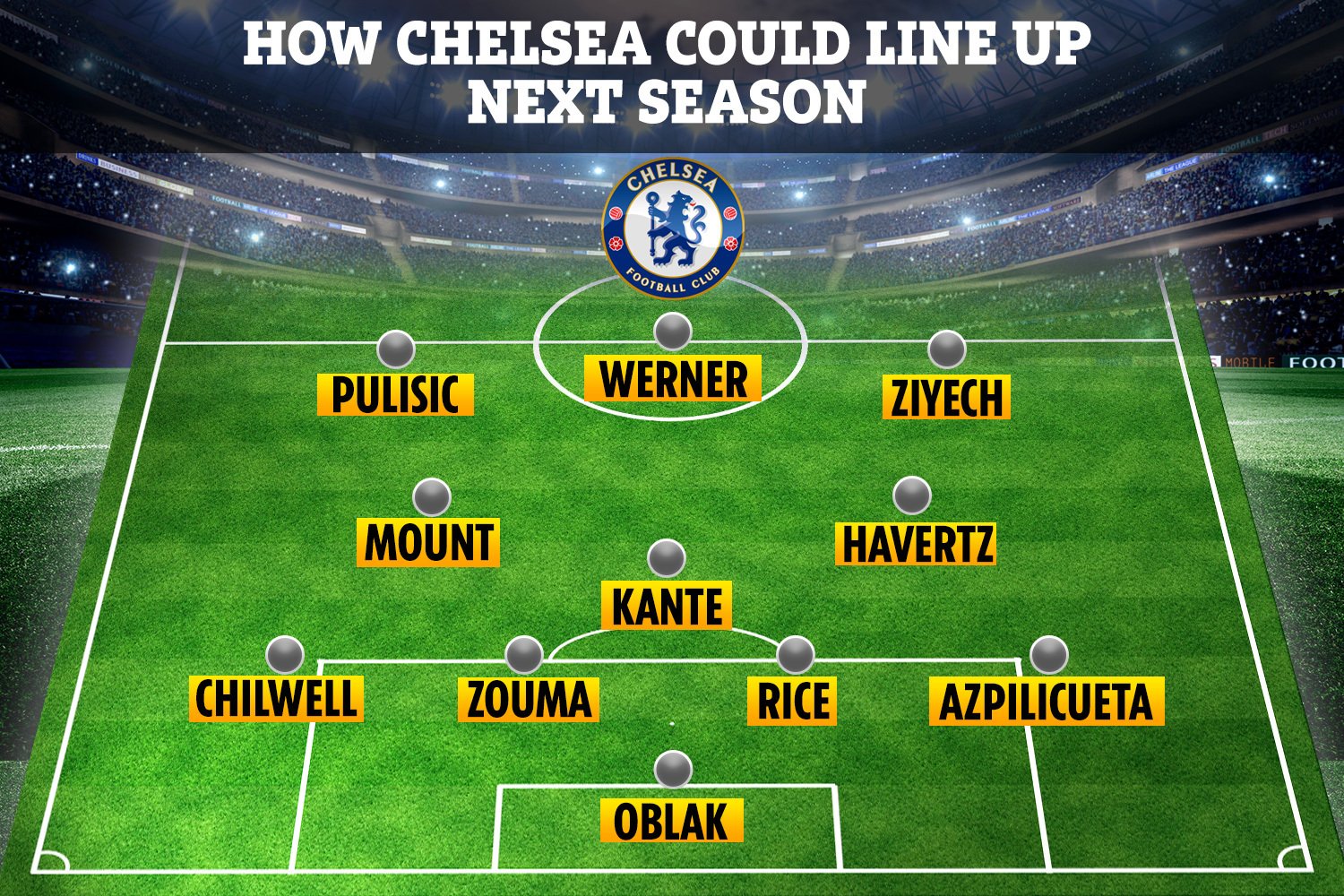 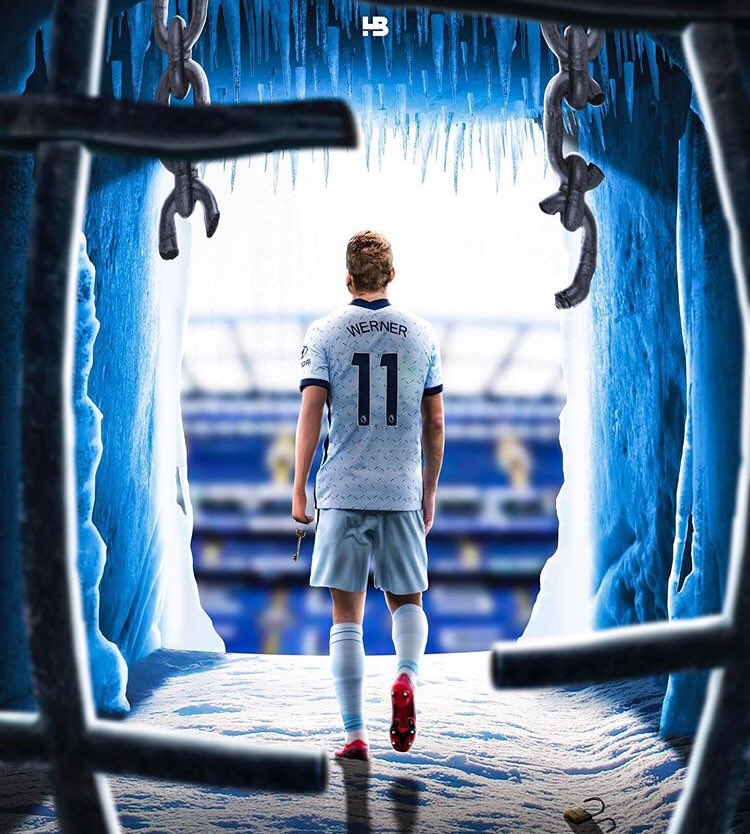 Another number which might be free is Pedro’s number 11, with the Spaniard another set to leave when his contract expires.

However, once again it’s a number which would be hot property for Chelsea’s new signings – especially Werner.

German currently wears the shirt number at RB Leipzig, and he could well demand the same once his move to Stamford Bridge is completed.

Werner has worn No 11 since moving to Leipzig in 2016, and it could be an option again at Chelsea – despite it currently being occupied.