Taiwo Oyebola Agbona, a 23-year-old medical student chosen by Oracle to succeed her late father as queen of the kingdom of Aaye in Ondo, says that she cannot get married and get pregnant on the throne.

Before the death of JB Agbona, Alaaye de Aaye, who died on May 4, 2017, Taiwo, the first daughter of the monarch, was chosen to ascend the throne during a waiting period when a new king arrives. ,

The election of the young sovereign to the throne also took place after kings’ decision makers asked the oracle for advice on who was to replace the late king.

A regent is a person who has been appointed to lead a kingdom because the monarch is a minor, absent or unable to act.

After the death of my father, the chiefs questioned the oracle and told them that I am worthy of the throne. Then they came to question me and ask for my consent, “he told BBC Focus on Africa.

Apparently afraid of the news, the 23-year-old asked the bosses to give her more time to think about it.

Taiwo said he later agreed to accept the offer when he discovered that it should be temporary until the Oracle chooses a long-term successor.

“I told them to give me three weeks to think about it. When they came back, I told them that I was ready to follow my father. I thought about a lot during those three weeks,” -he says. 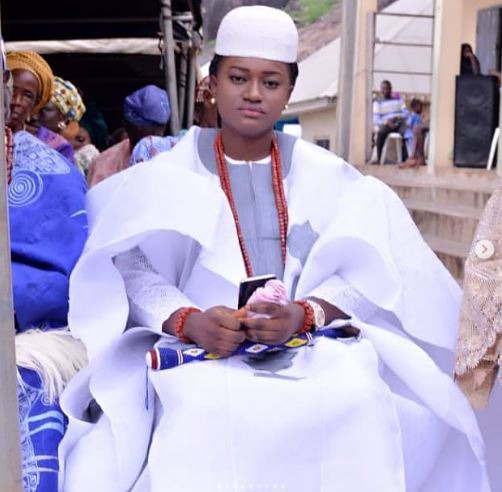 “When my father was alive, I saw him interfere in many things. Then people bring me different cases of conflict and other things and I wonder how to deal with it. But now I thank God, I’m used to it. I’ve been doing this for a year and a few months.

“As regent, the person still has the responsibility of the original person on the throne, the only difference is that it is only for a time, it is not permanent. There is no time since I’m still on the throne until they find another worthy king If you haven’t found another person worthy of this position, stay there. other. ”

He further explained that her job made her available for marriage and pregnancy.

“If you leave the throne, you can do what you can, but right now I can’t get married while I’m on the throne, and I can’t get pregnant. Anyone who wants to marry me should wait until I am leaving the throne, “she said.

Taiwo continued to appreciate his experience on the throne, claiming that such a position of authority had changed him positively.

“Before, I was a normal person, but that made me a better person. It also taught me to be a worker because you have to be very hardworking and think quickly because your staff can call you anytime, ”he said.

The beautiful regent graduated from Achievers University in Owo, Ondo, where she studied medical laboratory science.