Swiss Airlines will no longer give sweet treats made by the Christian company Läderach.

According to Life Site News, Swiss Airlines ended its partnership with Läderach in November. The chocolate treats will be phased out by April 2020.

Läderach has provided the airline with chocolate boxes for more than 10 years.

Swiss Magazine Beobachter, says the contract may have ended because the chocolate maker has long supported pro-life rights and marriage between a man and woman.

Swiss Airlines also employs many members of the LGBT community, the magazine reported.

A spokesperson for Swiss Airlines said suppliers for the airline are selected based on “quality, various economic aspects as well as brand fit.”

“In general, we work together with various Swiss chocolate manufacturers and regularly review our product portfolio,” the spokesperson said. “The cooperation with Läderach was terminated in November. Quality, various economic aspects as well as brand fit are decisive for the selection of a supplier. Entering into or terminating a cooperation is thus part of a standard business practice.”

Läderach chocolate company’s CEO Johannes Läderach is also president of the Swiss branch of Christianity for Today. The group advocates for the protection of a Christian life and education.

“I understand it if people value a woman’s right to choose more than an unborn child’s right to life. But I ask for understanding for my opinion,” Johannes said. I’m allowed to have a different opinion.”

Johannes’ father, Jürg, serves on the Christianity for Today board and he also serves with the pro-life group, March for Life.

Johannes also said that there have been acts of vandalism at seven of the chocolate stores.

“I accept that my opinions provoke resistance. But it’s not acceptable that employees have to live in fear. Business continued to grow in 2019, but we have customers who no longer buy from us. However, new customers came into the shop, who were sorry that a conflict was being played out on the back of the employees,” he said.

In response to the announcement from Swiss Airlines, the Catholic State Advocate tweeted that to support the chocolate company, fans of the company should buy the chocolate.

“Have you heard of this fabulous chocolate company … dropped by @FlySWISS for their prolife views. You know what to do people…buy #Laderach.”

Have you heard of this fabulous chocolate company….dropped by @FlySWISS for their prolife views. You know what to do people..buy #Laderach https:// 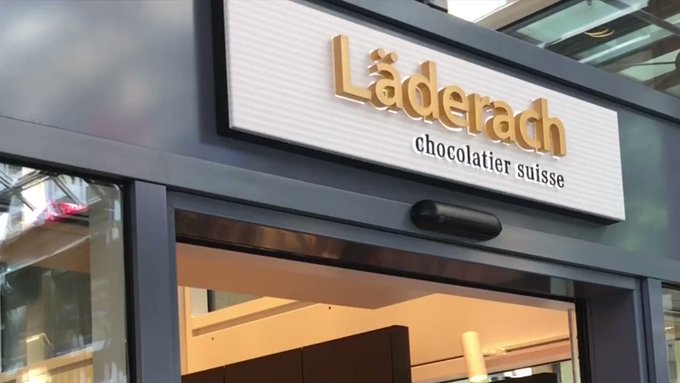