Six people have died and another 65 injured following a devastating 133-vehicle pile-up crash in Texas.

The tragedy happened at 6.30am on Thursday morning Feb 11th on a freeway in Forth Worth, near Dallas, after freezing rain caused a difficult driving condition. 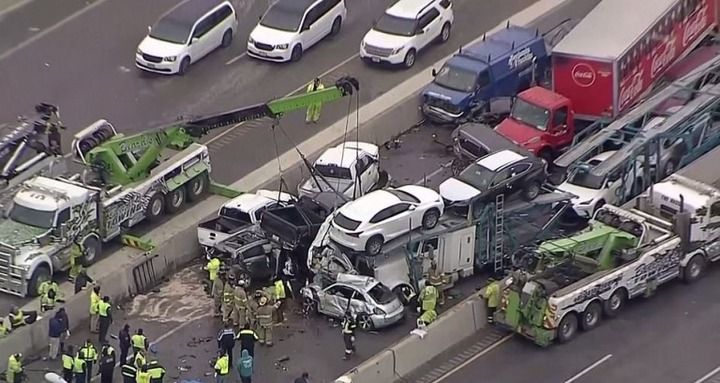 At least 133 vehicles, including several 18-wheelers, were involved in the massive pileup crash, officials said. 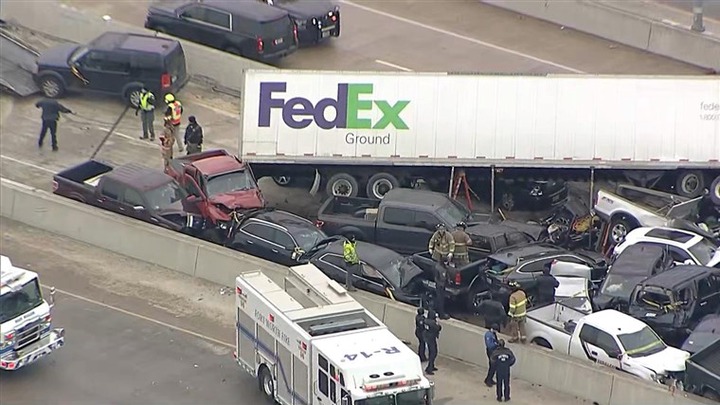 Officials declared a ‘mass casualty event’ after cars and huge freight trucks crashed into one and other along a one-mile stretch of the frozen I35 highway.

Dozens of First responders and firefighters rushed to the scene as a rescue mission was launched to save people trapped in their vehicles. 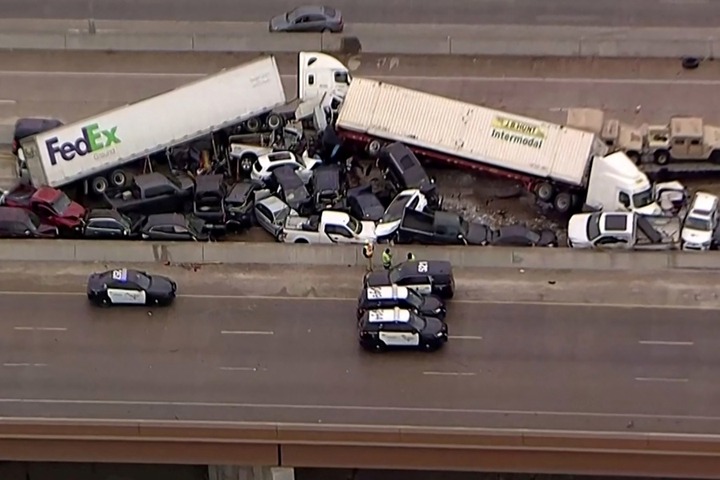 Officials have since confirmed that six people were killed in the pile-up and another 65 people were injured – 36 of which were taken to hospital for treatment. Some of those who were injured were in a critical condition, a MedStar spokesperson said.

Pictures from the pile-up crash show a scene of total destruction as cars were stacked on top of one and other. 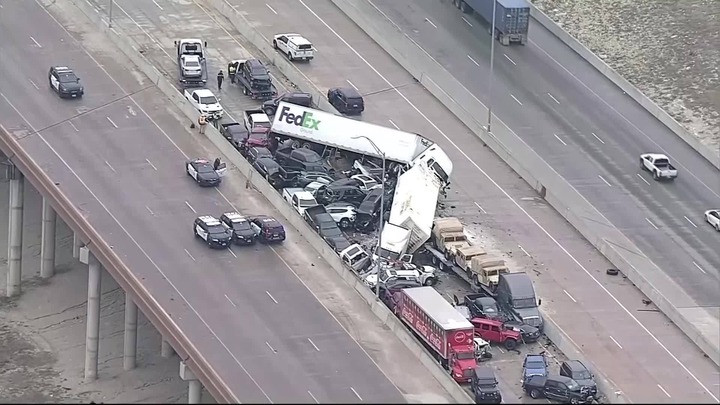 Police spokesman, Daniel Segura confirmed an officer was involved in the crash and said he was in a stable condition. No children are among the dead, officials have confirmed.

An investigation into the cause of the crash is now underway, with local politicians now questioning whether the roads were properly prepared for the wet and slippery conditions that had been forecast. 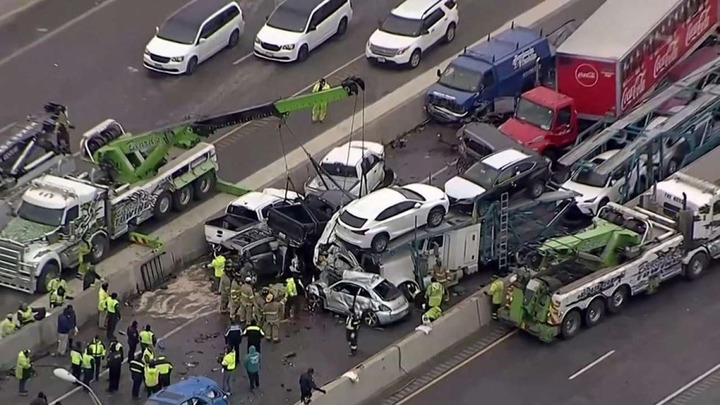 Forth Worth Mayor Besty Price released a statement saying ‘heart is broken’ over the tragedy.

She said: ‘So many people have lost their loved ones or had them injured and that pain is just incredible, this whole community will feel that pain.’ 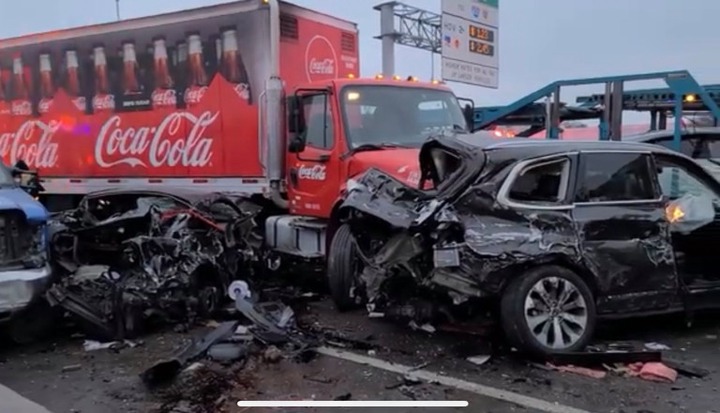 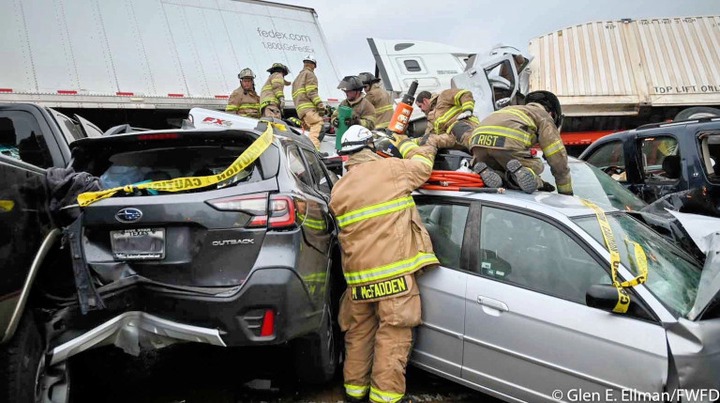