Aside being a talented and popular singer in Nigeria, there’s one thing you can’t take away from David Adeleke better known as Davido which is controversy and it is almost becoming an everyday occurrence for him. 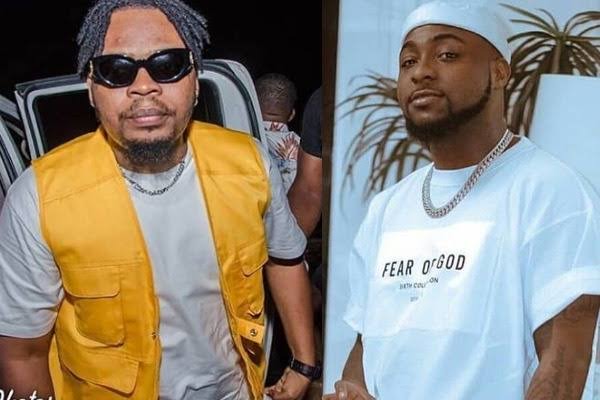 it’s no longer news that some Nigerian entertainers are in different confraternity which somehow doesn’t come as a shock to many as some of them have stylishly said it in their music videos or in the lyrics of their song.

Some of these entertainers who have been reported to be Cultists are, Wizkid, Davido, Zlantan Ibele, Lyta, Tuface Idibia, phyno and many more, not much knows about self style ‘stress King’ Olamide, but with this post from his best friend Phyno, the speculations of many has been confirmed as Davido has finally exposed Olamide as a member of one of the must popular cult grown in the world ‘Aro Baga’.

Singer Phyno posted a picture of Olamide dressed in all black and a touch of yellow on his Instagram page few minutes ago and captioned it’More life, more blessing champ’and added some yellow emoji’s to it.

Surprisingly Davido went under the comments section and wrote” Aro way”.This has generated lots of mixed reactions as some thinks it’s childish of Davido to have made such huge exposure of Olamide while some has taking the opportunity to shower love on the singers.

This is coming just few days after Nairamally blasted Davido and accused him of being a negative influence to some of the people that believes in him.

Is this a confirmation that Olamide is also a Cultists? what do you think?

Here’s how fans are reacting to this.

matter brews up arguments on timelines.

Here’s how fans are reacting to this.