Reece James has extended his contract with Chelsea until 2025, this is according to reports.

The 20-year-old full back joined Chelsea only when he was six and he has ascended the grades of the club to the first team.

He spent last season on loan at Wigan Atletic but he has become a fundamental part of Frank Lampard’s team for now and the future. He has racked in 11 appearances in the League and he has been praised for his ability to cross.

Since assuming the reign of Chelsea, Lampard has built his team around young players with bag of potentials and the club is looking to tie them to long term contracts.

Calum Hodson-Odoi and Tammy Abraham are yet to put pen to paper on a new deal with Chelsea but their’s could follow James’ deal. 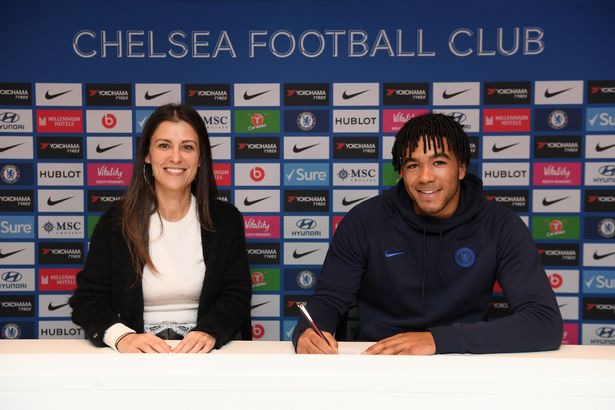 The youngster made his debut for Chelsea in their game against Grimsby in the Carabao Cup and his stock has been increasing steadily ever since.

After signing the deal, the England born player laid bare his delight to Chelsea’s official website:

“I have been here nearly my whole life and I would be happy to spend the rest of my career here. It is the club I have supported throughout and I have committed long-term.

“It has been my dream to be here at Chelsea and play week in week out. To have a contract for another five-and-a-half years in living the dream again.”

Chelsea take on Newcastle United in the Premier League on Saturday.