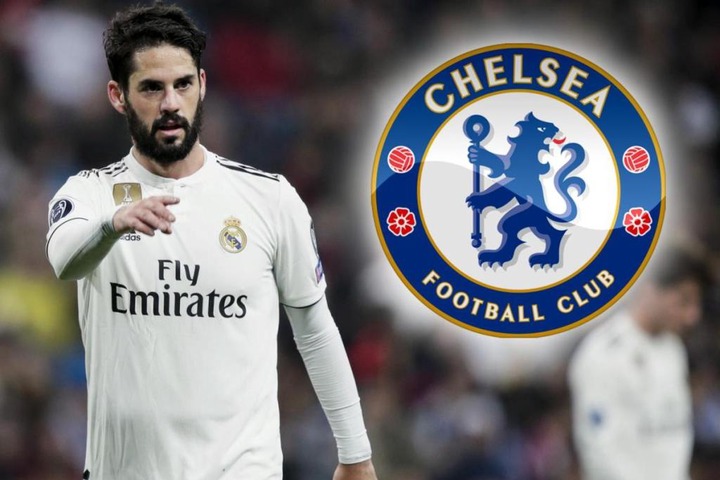 Chelsea are in talks with Real Madrid over a £47m deal to bolster their midfield with the signing of Isco, according to reports in Spain.

Frank Lampard is yet to make any signings as Blues boss following a transfer ban in the summer, but the West London club are free to do so in January after the ban was halved in November.

Chelsea have been heavily linked with a move for Lyon striker Moussa Dembele, although Lampard has said he is “ surprised” at the speculation and Lyon president Jean-Michel Aulas

has issued another firm denial of the prospect of the Frenchman being sold.

Another player Chelsea have been credited with interest in is Isco, who has made 16 appearances in all competitions and only 11 in La Liga as he has struggled to nail down a spot in Zinedine Zidane’s side.

According to Spanish news outlet El Desmarque, Chelsea are prepared to go all in for Isco and talks between the club and the player’s representatives are already underway.

Lampard is said to eye Isco as a key cog in his masterplan for making the Blues’ midfield the best in the Premier League.

It is claimed that Isco will be deployed as the creator in the midfield and will rarely be asked to do much defending, with N’Golo Kante set to play behind him in a deeper role.

Elsewhere, El Desmarque also says that Mason Mount’s role in proceedings would not be affected by the transfer. Mount has scored three times and assisted five other goals in 22 Premier League appearances this term.