Former Hollywood film producer, Harvey Weinstein has been jailed for 23 years in prison for rape and s*xual assault after found guilty with charges.

Former Hollywood film producer, Harvey Weinstein has been jailed for 23 years in prison for rape and s*xual assault after found guilty with charges.

The 67-year-old who appeared in court on Wednesday in a wheelchair, addressed the court for the first time, saying he had “deep remorse” but described himself as “totally confused” by what had happened, in comments seen as critical to the #MeToo movement.

His lawyers had appealed for leniency, insisting that even the minimum sentence of five years could be a “life sentence” for him.

But prosecutors argued Weinstein should be given the maximum possible sentence given his “lifetime of abuse” towards women and “lack of remorse” for his actions.

BBC earlier, reported that dozens of women have stepped forward with allegations of sexual misconduct, including rape, against Weinstein since October 2017 but consistently denied it which were the first charges to make it to trial.

New York jurors acquitted him of the most serious offenses, for predatory sexual assault, which could have seen him given an even longer-term. 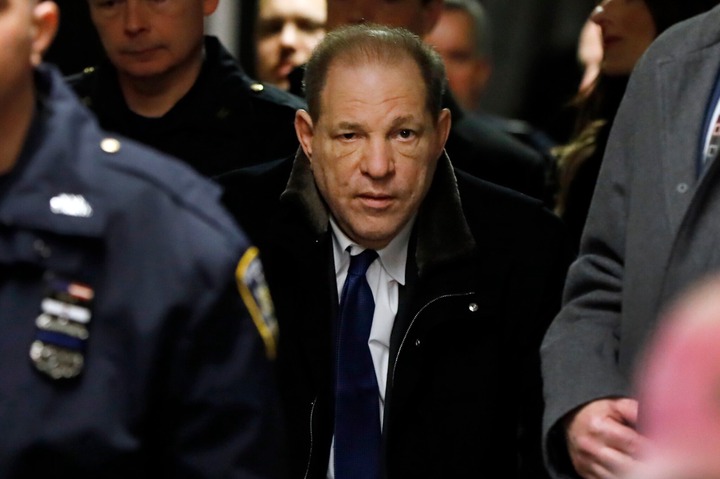 Weinstein was found guilty of committing a first-degree criminal sexual act against production assistant Miriam Haley in 2006 and of the third-degree rape of former aspiring actress Jessica Mann in 2013.

All six women who testified against him during his trial sat together on Wednesday as he was jailed and told to register as s*x offender.