President Buhari asks Nigerians for more time and prayers to fix the country.

Nigerian President Muhammadu Buhari clocks 77 today. He was born on 17 December 1942 in Daura, Katsina State. He had his early education in Katsina, then went to Kaduna for military training and later Sandhurst in Great Britain, India, and the United States.

It is not clear how the birthday will be marked, but since past ones had not been done with fanfare, it is expected that Buhari will choose to mark it as quietly as possible.

Just after midnight, some of his aides and well wishers began to tweet birthday wishes

Happy Birthday to MY incorruptible GMB.
I wish you Allah’s Guidance Protection and Good Health to continue steering the affairs of our dear nation .
Long Live GMB
Long Live Federal Republic of Nigeria !

261 people are talking about this

Compromise in the face of attacks from yesterday’s men fraudulently posing as ‘activists’ and ‘democrats’ is not an option. Having failed to defeat you at the polls, they now cowardly congregate around anything perceived as nuisance to you. Keep standing firm. Happy birthday, PMB 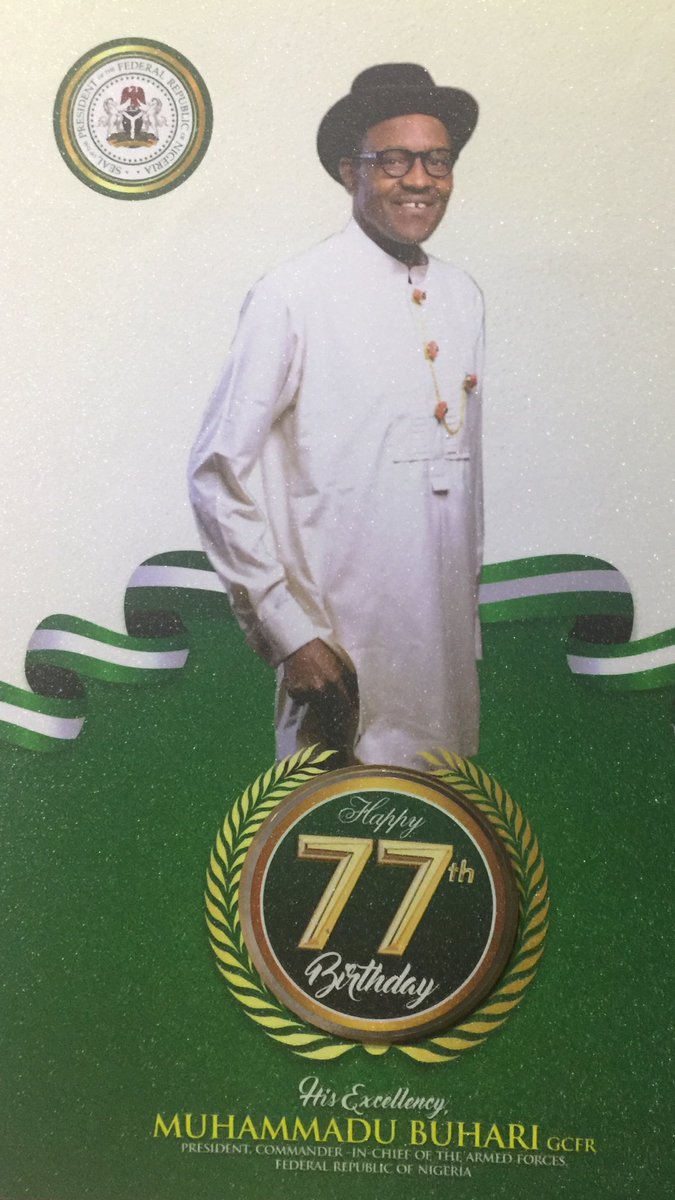 77 people are talking about this