The primary election of the Peoples Democratic Party, PDP in Ondo State has been concluded and a winner has emerged.

After the keenly contested primary, a former Attorney General of the state, Eyitayo Jegede emerged winner of the exercise and will confront Governor Oluwarotimi Akeredolu who is the candidate of the All Progressives Congress, APC. There are early signs again that the Ondo governorship election will be as fierce as the Edo State election is expected to be. 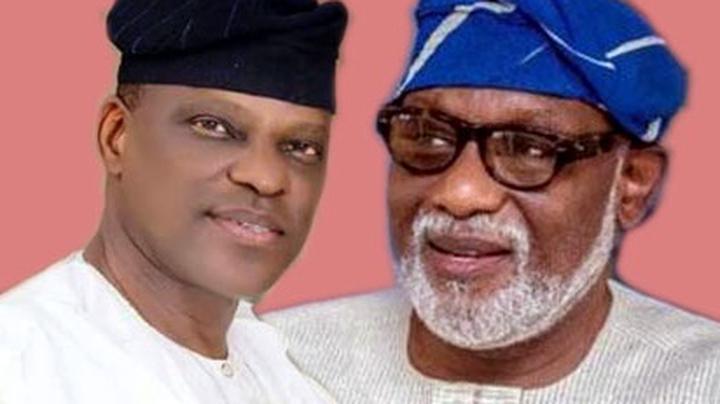 This was buttressed by what Jegede said after his victory in the primary which should give the APC serious concern ahead of the election. Jegede boldly stated that the end of the APC in Ondo State has come with his emergence as the PDP governorship candidate of the PDP in the coming election. When Jegede said that, he sounded very confident of what he said. He did not sound like he was speculating. But how sure of victory can Jegede be?

Anyway, Jegede may have his reasons for making such daring declaration. For a start, many had hoped that the Deputy Governor of Ondo State, Agboola Ajayi would have won the PDP primary election and be the one to slug it out with his boss Akeredolu in the main election. But, that did not happen. Instead, Jegede pulled a surprise by defeating Ajayi and other aspirants. Jegede got 888 votes while Ajayi got 657 votes in the primary. Others got votes way below the above numbers. So, Jegede won the primary convincingly.

Apart from the above point, Jegede gave more reasons why he was confident of dislodging the ruling APC in the main election. He stated that with the full backing of the PDP, he would ensure that the APC is sacked. He added that with the support of his co-aspirants in the primary, the he would achieve victory in the election. That means that Jegede is confident of getting the backing of his co-aspirants. If they actually support him as he seemed to have suggested, then it means that the PDP is going into the election as a united house and that could help the party to win. Additionally, Jegede said that he dedicated his victory in the primary to the people of Ondo State and his co-aspirants. He further said that with the support of the Ondo people he would make good his promise of bringing an end to the reign of the APC in the state. So, Jegede meant that he was sure that many of the Ondo voters will vote for him in the main election. With their support and those of his party and co-aspirants, he was confident of beating Akeredolu of the APC. Recall that Jegede contested against Akeredolu in 2016 governorship election. He actually lost to Akeredolu in that election. What will Jegede do differently this time to beat Akeredolu of the APC? Well, may be he is better prepared now than then. This is his second journey on the road to be the Governor of the state. It is expected that he would have learnt from his earlier loss and do things better. Moreover, the PDP did not go into the poll as a united house in 2016. There were discontents and perceived injustice felt by some aspirants and their supporters. They felt things were not done in a just manner regarding the primary election.

Many of the aspirants saw Jegede as the candidate of the then Governor Olusegun Mimiko who was favoured to emerge the party’s candidate. After all, Mimiko was fully in support of Jegede to ensure that he won. Moreover, Jegede was distracted by the lingering court case which delayed him and his perceived godfather Mimiko in Abuja until few days to the election.

So, they did not have enough time to focus on campaigns. But now, things appear different. Jegede has enough time and seems to have emerged in a fair primary that the other aspirants would back him. Will he actually bring an end to the APC reign by defeating Akeredolu in the election this time? The main election on October 10, 2020 will tell so long as it is free and fair.

What are your thoughts on this article? Feel free to drop your comments.