The kit, which Chelsea will wear for our European campaign, is part of a wider Nike collection which celebrates jersey culture and the iconic Air Max archives.

The Blues’ new design is heavily influenced by the much-loved original Air Max 180, a shoe which was first released in 1991 and also shares the inspirations of the Chelsea kits of the era.

The colours shine through in a third kit which takes all those influences and creates a sharp, modern football kit.

The primary colour is ember glow, with ultramarine blue playing a strong supporting role. The blue appears on the jersey’s V-neck collar, shoulders and on vertical stripes which gradually fade away down the front of the shirt. Ember glow shorts and blue socks complete the full look.

The 2020-21 Chelsea third kit is available on 10 September from the official online store and the Stamford Bridge Megastore.

Chelsea have launched their new red and blue third kit for the new 2020-21 European campaign.

The Blues will be kitted out in the striped strip which “celebrates jersey culture and the iconic Air Max archives”.

The shirt officially combines colours ‘ultramarine blue’ and ’ember glow’ and will be worn as the Blues compete in the forthcoming Champions League campaign. 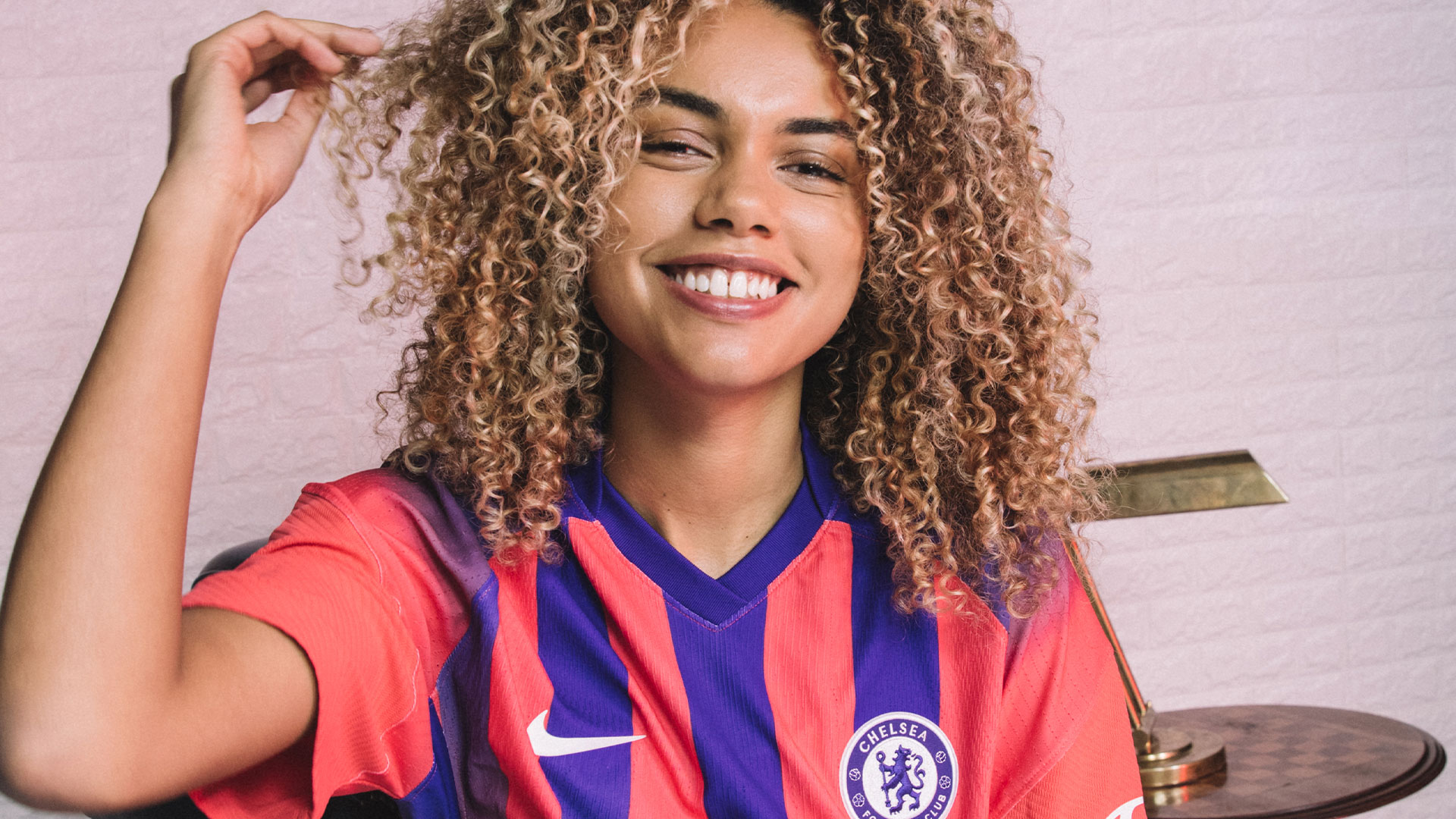 New signings such as Kai Havertz, Ben Chilwell and Timo Werner will be among those kitted out in the new look when the group stages get under way in October.

The kit includes the logo of brand new sponsor 3 and follows hot on the heels of the new home and away designs for next term.

The Blues have linked up with the telecommunications giant who will sponsor the men’s first team, women’s team and academy sides for the next three years, taking over from Yokohama Tyres.

The third shirt will be available to purchase from the official online store and the Stamford Bridge Megastore from September 10.

Click through our gallery at the top of the article for the best pictures of the new strip..