Chelsea have made an opening bid for Kai Havertz, according to transfer expert Ian McGarry.

The Blues’ interest in the Leverkusen winger is well known and McGarry claims Frank Lampard has offered £45m plus £9m in add-ons – a way short of Leverkusen’s £81m demands.

“It is our understand

ing that Chelsea met with Bayer Leverkusen officials this week.

“Petr Cech had visited Leverkusen to speak to officials there and the player about a possible move to Stamford Bridge.

“That has resulted in an opening bid of 50m euros plus 10m euros in add-ons.

“Leverkusen continue to value the player at 90m euros. That is something Chelsea feel is not a fair price for the 21-year-old.” 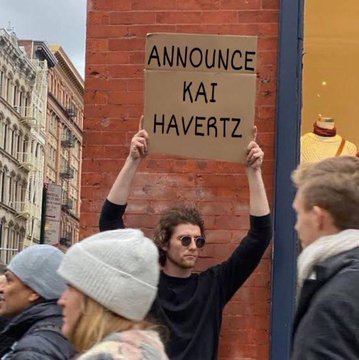 Chelsea are pushing hard to make Kai Havertz their third signing of the summer transfer window.

The German international is keen on a move to Stamford Bridge with talks continuing between the two clubs in an attempt to reach an agreement over a fee.

Leverkusen have remained determined that the midfielder will be a part of their remaining Europa League games despite the intense speculation over his future.

And if the player’s latest social media post is anything to go by, then that is what is on his mind too.