Havertz is heading for Chelsea and Volland for Monaco, says Bayer coach

Kai Havertz is probably going to Chelsea while Kevin Volland is almost certainly about to sign for Monaco, Bayer Leverkusen coach Peter Bosz said on Monday.

Bosz said he “does not expect” either to return after the international break before adding: “in soccer, it can always fail in the end”.

Havertz, a 21-year-old attacking midfielder who made his international debut two years ago, is one of the most exciting young talents in the German game.

“Quite frankly, discussions have been going on for a long time and I assume that there is a better chance of Kai leaving than of him staying,” said the Dutch coach whose team narrowly missed qualifying for the Champions League by finishing fifth in the Bundesliga.

Before the coronavirus crisis, Leverkusen were asking 100 million euros for Havertz.

Striker Volland, who is 28, has 10 Germany caps and has scored 44 Bundesliga goals in four seasons in Leverkusen. 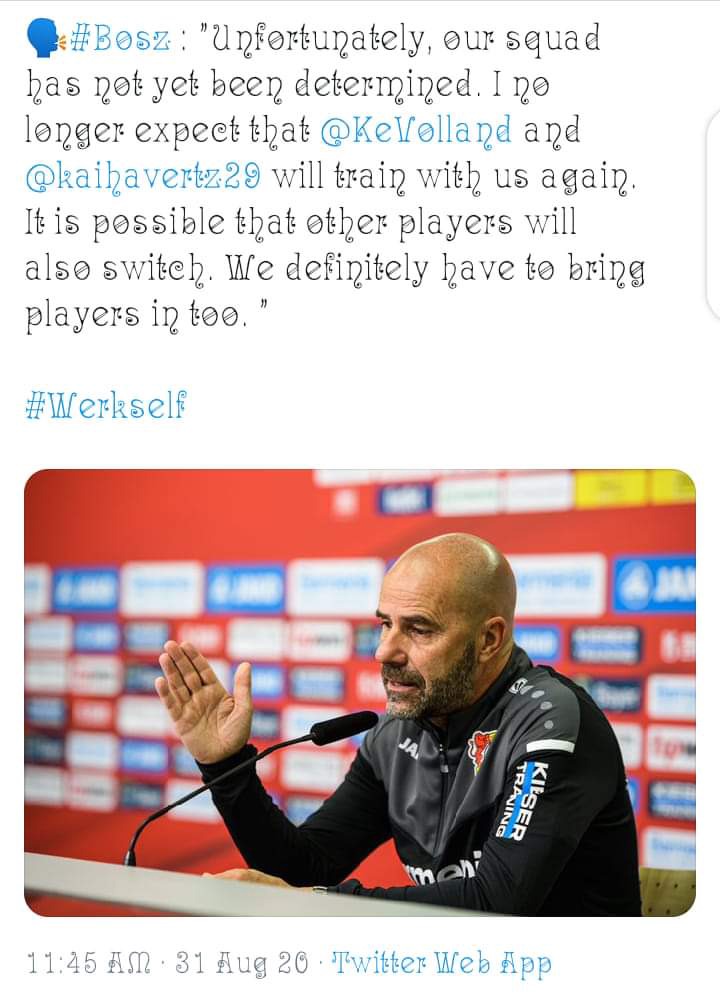