‘HAVERTZ TO CHELSEA? GET EXCITED’

Chelsea fans should be excited about the imminent arrival of Kai Havertz from Bayer Leverkusen according to The Transfer Show.

Chelsea agreed a deal to sign Kai Havertz from Bayer Leverkusen yesterday, according to Sky in Germany.

Havertz hasn’t had medical yet. He’s with Germany squad as they prepare to face Spain tonight and Switzerland on Sunday.

Take a look at Kai Havertz‘s stats from his 2019/20 with Bayer Leverkusen.

Havertz is closing in on a move to Chelsea from Bayer Leverkusen after the clubs agreed a package of €80m plus €20m in add-ons for the midfielder.

The Blues, who have been in talks with their Bundesliga counterparts for several weeks over a deal for the Germany international, concluded the negotiations for the £89m transfer on Wednesday, according to Sky in Germany. 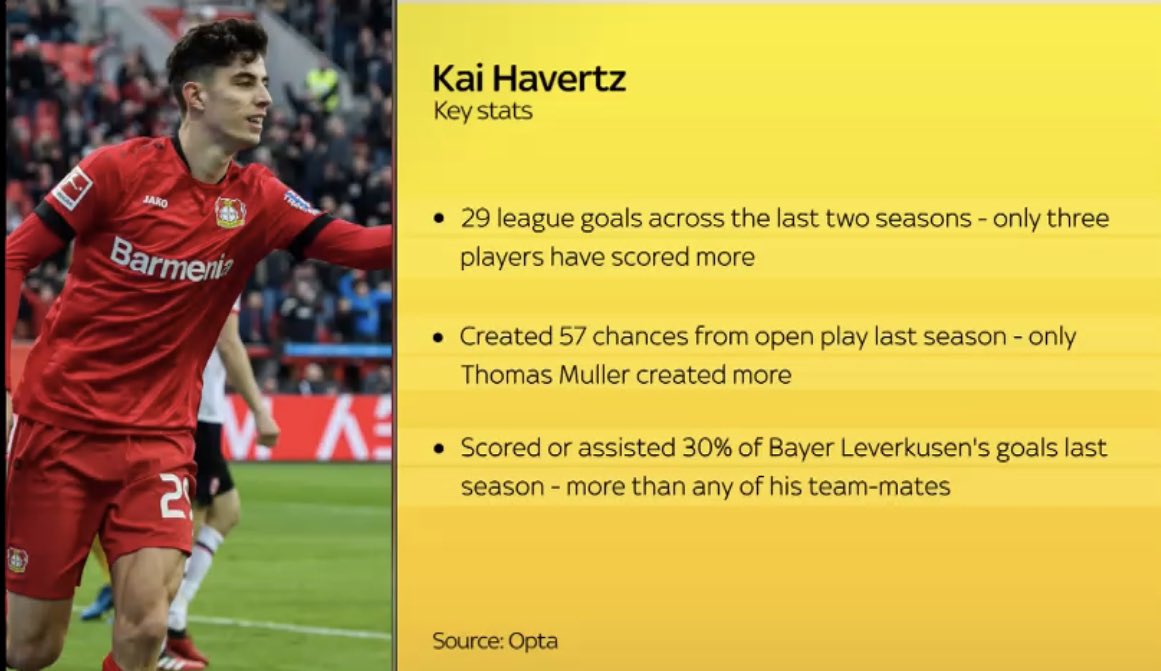 “Frank Lampard isn’t convinced can be his long-term No. 1 goalkeeper, which is why Chelsea are looking at other options. It looks like Kepa will stay and fight for his place, but Chelsea are in talks with Rennes to sign Edouard Mendy.

“There’s an interesting connection between Chelsea and Rennes, it is the club where they bought current technical director and club legend Petr Cech from. It would make sense for Chelsea to sign Mendy, who is available for around £18m.

“If they were to sign him that would be another piece of the jigsaw put in place by Lampard, having signed Ziyech, Werner, Chilwell, Thiago and Havertz on the way.”