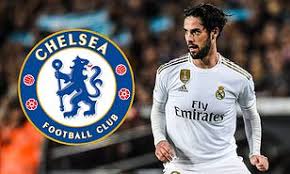 Isco has reavealed his decision on Chelsea transfer from real Madrid.

The 27-year-old playmaker has been heavily linked with a switch to Stamford Bridge after a difficult first half of the season at the Bernabeu.

He has been limited to 13 appearances in all competitions due to a mixture of injuries and poor form.

Chelsea, who are free to sign players in January after the two-window transfer ban was halved by the Court. 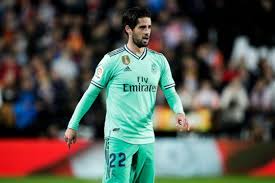 He has reportedly made it clear to real Madrid president,Perez that he does not want to join Chelsea.

However,Isco fancies a transfer to mancity at the end of the season.

Despite Isco being on the fringes, Zinedine Zidane is reportedly set to block a winter exit.