Chelsea manager Frank Lampard will have some tough selection decisions with some world class additions, but how could the Blues line up next season?

Chelsea has had a particularly good season based on the fans’ pre-season expectations. Many supporters had no faith in the squad’s chances of qualifying for next season’s Europa League, let alone Champions League. The Premier League has been swept off its feet by one of the most mature young sides in Europe. Chelsea sits fourth in the table, despite a heap of injuries throughout an already turbulent year. There have been some hiccups along the way, but that is to be expected from a youthful squad with a second-year manager on the other side of a transfer ban.

Chelsea has looked to rectify this by adding depth to the squad in the attacking positions with the transfers of Hakim Ziyech and Timo Werner. The Blues are also looking at bringing in Ben Chilwell to strengthen at left back. Chelsea is flexing its financial muscles and putting its money where its mouth is this offseason, adding some world class players to the squad, but not a lot of room to maneuver with on the team sheet.

This has led to a group with players capable of playing in multiple different positions. The midfield looks stacked for next season, with each midfielder bringing something new to the table and offering some much needed balance. In the midfield,

The defence is pretty much covered in terms of numbers, but there are question marks in regards to the players’ quality at left back and the inexperience of the centrebacks. The right back position has great depth with the likes of club captain Cesar Azpilicueta and young phenom Reece James. The fullback position on the opposite flank though has been a problem position with neither Emerson or Marcos Alonso doing enough to make the position their own. Emerson, after having a promising start under Lampard, has struggled after coming back from injury. His nadir was being substituted after just 30 minutes in the game against Arsenal in December. Alonso has been strong while played as a left wing-back, but his lack of pace has heightened his shortcomings when playing as a left back.

The centrebacks have been great at times, but their lack of experience has shown at various points with goalkeeper Kepa Arrizabalaga not exuding the command and confidence needed by a top-tier gloveman. One reason behind this is the fact that there has not been a consistent centreback duo throughout the campaign. This is largely due to injuries to Antonio Rudiger and Andreas Christensen have suffered at various points of the year. The four centrebacks at the club—Rudiger, Christensen, Kurt Zouma and Fikayo Tomori—have been good individually, but have suffered from lapses of concentration at different junctures of matches as pairs. 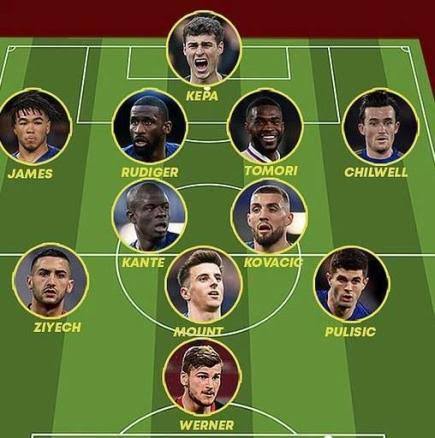 The attack has been future proofed considerably over the past three months, after the signings of Werner and Ziyech. This will see the attack get younger after the expected departures of Willian and Pedro on free transfers. With the addition of Ziyech and Werner, Chelsea have not only added brilliant forwards, but forwards who are adaptable enough to play in different positions. This complement of strikers and wingers could see Chelsea have one of the more multi-dimensional attacks in the league. 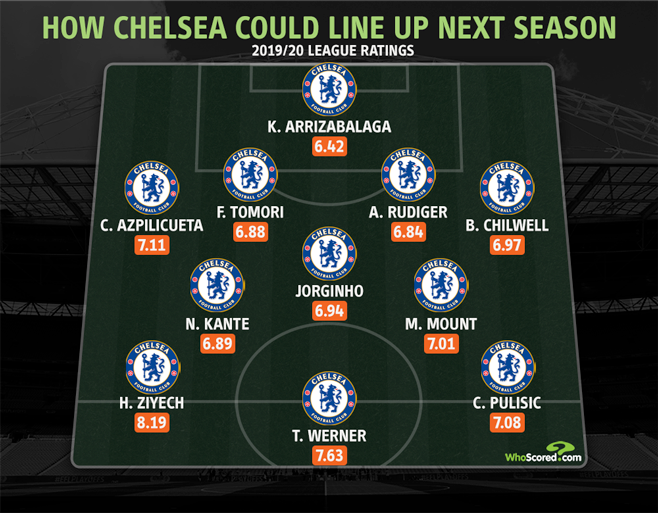 The strikers have a great mix of pace, technical ability, and game sense. With Olivier Giroud extending his stay at Stamford Bridge for an additional season, he will be able to mentor Werner and Tammy Abraham on the finer aspects of centre forward play. Werner has the ability to play on the left wing due to him being a converted wide player, so he can be played in the same team as Abraham. Thus, allaying fears of Abraham not playing regularly. 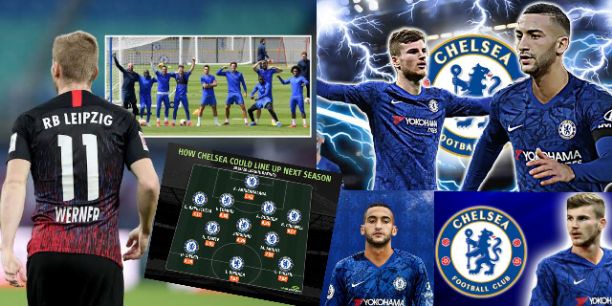 So, here’s a look at the different ways Chelsea can line-up next season with the Blues’ two new additions