It is now very obvious that Lampard is planning on lifting his first trophy as a Chelsea manager and he knows that his current squad will not get him close to any silverware next season. The English tactician have already secured his first and second signing and also keen on adding more players to the squad.

The blues have been keeping tabs on Bayer Leverkusen’s Playmaker, Kai Havertz who as it stands, have played his last game in a red shirt as he hopes to complete his switch to the London club in the coming days.

The formation below shows Chelsea could possibly be lining up when the season begins and this formation shows that Chelsea’s football will be built around Kai Havertz. 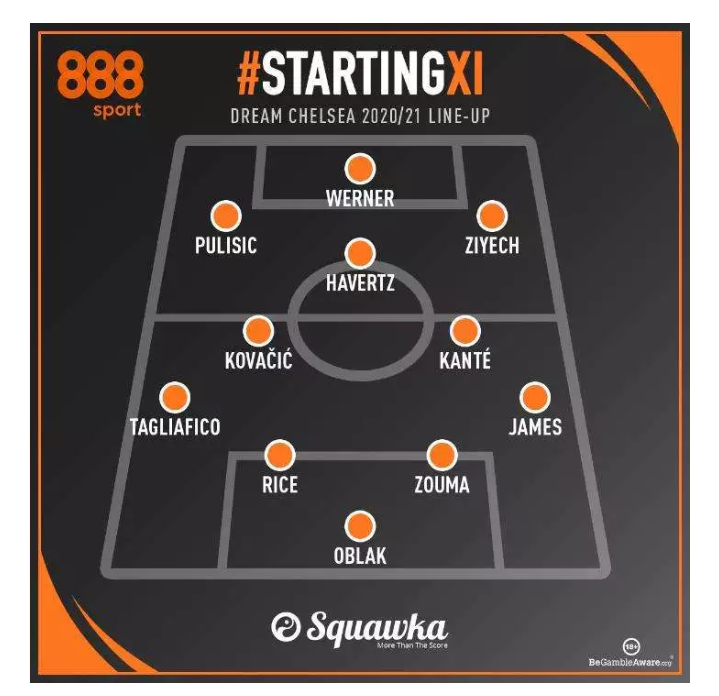 Christian Pulisic and Ziyech will be pairing in attack in order to provide the adequate striking support needed by Werner upfront. Both players will also be available be available to receive the ball from Havertz who will be starting in the attacking midfield position.

Kante and Kovacic will be starting in the defensive midfield position alongside Havertz in that midfield.