A student from Cameroon is reportedly on the way to a full recovery after being diagnosed with the coronavirus that has been plaguing the rest of the world for weeks. 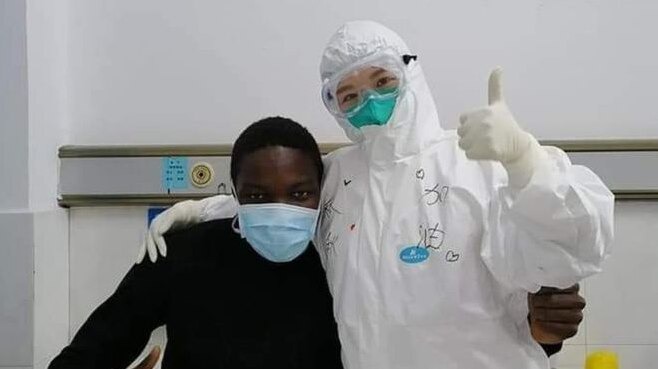 According to Business in Cameroon, the Chinesembassy to Cameroon reports that Kem Senou Pavel Daryl is believed to have contracted the virus while living in Zhengzhou which is the capital of China’s Henan province.

After experiencing flu-like symptoms, a dry cough, and a fever on January 28th, he began a treatment of intense antibiotics and medicine usually reserved for HIV patients. Now the 21-year-old has been released from the hospital and is recovering in his dormitory while he is under the mandatory two-week quarantine period needed before being allowed back in the general population.

A recent CT scan showed no remaining signs of the virus, which makes him simultaneously the first known African to be infected and also the first to be totally cured. As of the time of this report, no other African victims of the virus have been reported.

“No matter what happens I don’t want to take the sickness back to Africa,” Daryl told the BBC of his reasons for not wanting to leave China even after his harrowing – and potentially fatal – experience there.

He is also pragmatic and points out that his care is currently being funded by the Chinese government.

“I don’t want to go home before finishing studying,” he explained. “I think there is no need to return home because all hospital fees were taken care of by the Chinese government.”

Even though approximately 1800 people have died from coronavirus in China and there are 15 confirmed cases of it in the United States, Dr. Anthony Fauci, director of the National Institute of Allergy and Infectious Diseases, says chances of contracting the illness in the U.S. are slim. Fauci added Americans should be more concerned with the more common viruses they take for granted