Nigerian singer Fireboy DML has scheduled the release of his sophomore album for Thursday, August 20.

The second studio album by the YBNL signee has been titled ‘Apollo’. YBNL boss, Olamide had revealed the album’s name with an exciting post on his official Instagram account on Monday, August 17.

The music project, Olamide made known, has Olamide as the executive producer and features other musicians like D Smoke, Wande Coal, and Olamide himself.

“My second studio album drops on the 20th of August. This was bound to happen. This album is about evolution, growth, love, and pain,” Fireboy DML wrote “Gratitude to God for blessings. Gratitude to everyone who worked with me on this album; gratitude to my team (YBNL/EMPIRE), my family, and the kings who blessed this project with their presence,” Fireboy remarked.

In 2019, Fireboy DML released his debut album after being signed to YBNL. The debut album was entitled ‘Laughter, Tears, and Goosebumps.’

On “Apollo“, Fireboy DML folds a diverse sonic palette into a contemporary Afropop iteration. Afrobeats fuse with the laid-back R&B of “New York City Girl” and the sensual melodies of “Tattoo”, and his silky voice conjures poignant emotions. Lyrical musings on fame, doubt and love—woven between melodic percussion from producers like Type-A—add enticing layers to the singer-songwriter’s music 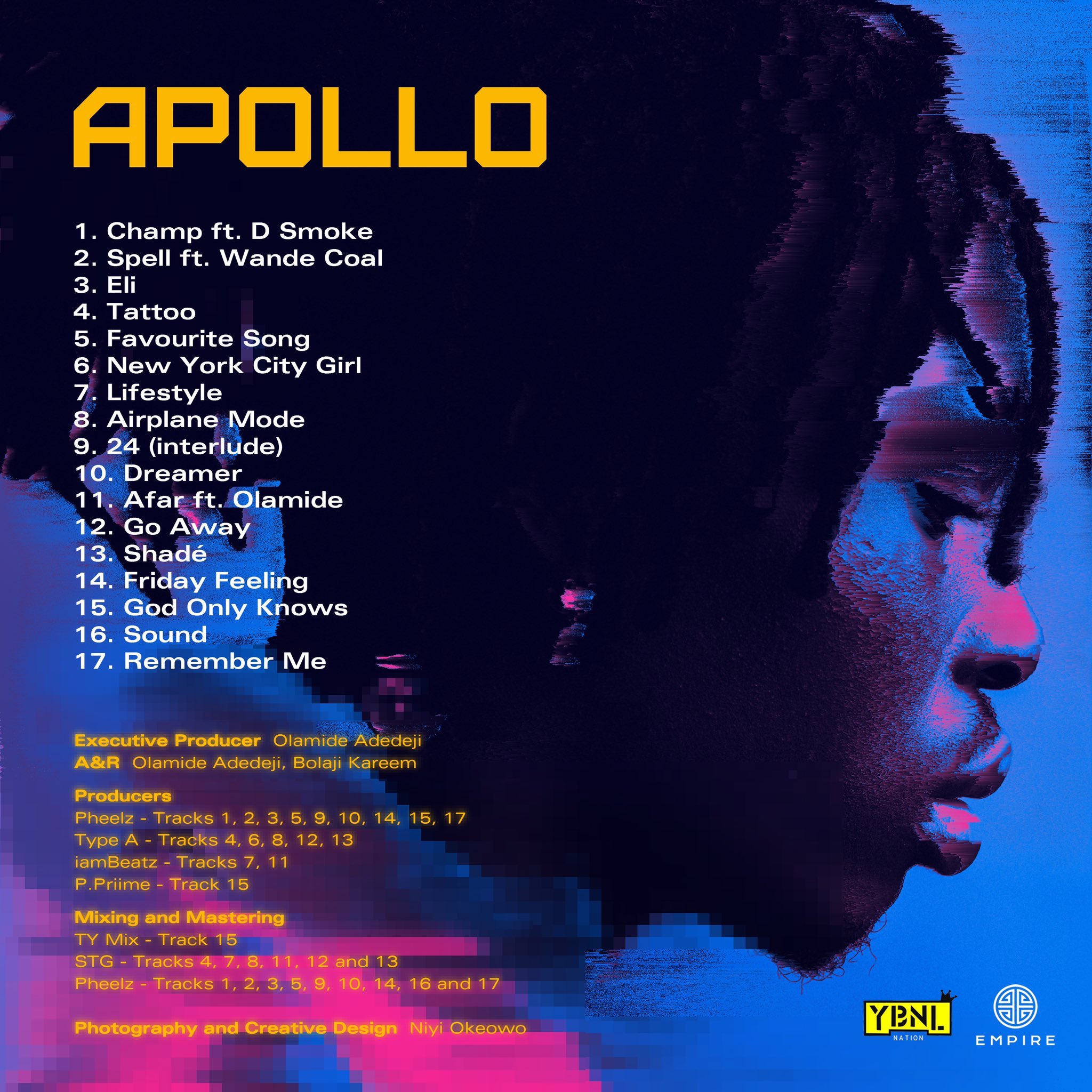