The Federal Government on Thursday announced that it was opting for a digital national identification card instead of the present plastic card.

The Minister of Interior Rauf Aregbesola, who disclosed this while briefing State House correspondents shortly after he submitted the report of the committee on Citizen Data Management and Harmonization to President Muhammadu Buhari said that the digital identification will be domiciled with the National Identity Management Commission, NIMC office. He said, “The card is just for convenience, the real thing is the number you have. With that number you are on the databank, everything about you is there. 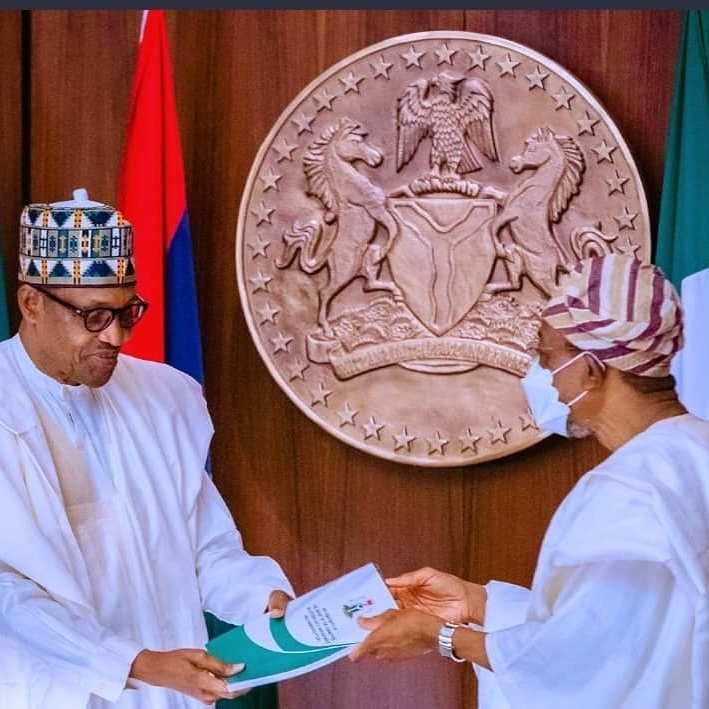 We are just upgrading it such that your DNA too will be there very soon. Even if you are in a car, I will know if you are the one in the car with your DNA, it’s already captured. You are already captured, you cannot run away anymore.”

Pantami wants NCC board to link SIM cards, national ID cards, BVN Also speaking, the Minister of Communication and Digital Economy, Isa Patami, explained that the priority of the federal government was on the digital identity card. According to him, “What the chairman (Aregbesola) is saying now is that we are no more talking about cards, the world has gone digital, so that card is no more.

Our priority now is digital ID, it will be attached to your database wherever you are. So if you can memorize it by heart, wherever you go that central database domiciled with NIMC will be able to provide the number and every one of your data will be provided.

“Now, our focus is no longer on producing cards, that card is only for record but what is important is the digital ID, and if you notice we have started using the digital ID on the international passport. Once you have the digital ID but not the card, we are 100 percent done with you.” On his side, the Director-General of the NIMC, Aliu Azeez said, “With your national ID you are already identified, in the US is called social security number, the same with the UK and… they can control more than 1.3 billion people in about seven minutes.

“So we have found that this card is strenuous, it is forex that is going out of the country and we are in the 21st century and that is why we are focusing on national identification number and other identifications by other agencies have been linked to NIMC.”