Who will lift the cup, Aubameyang or Anthony Taylor?’: FA Cup final referee sparks outrage on social media after sending off Matteo Kovacic… three years after sending ANOTHER Chelsea player off in final against Arsenal 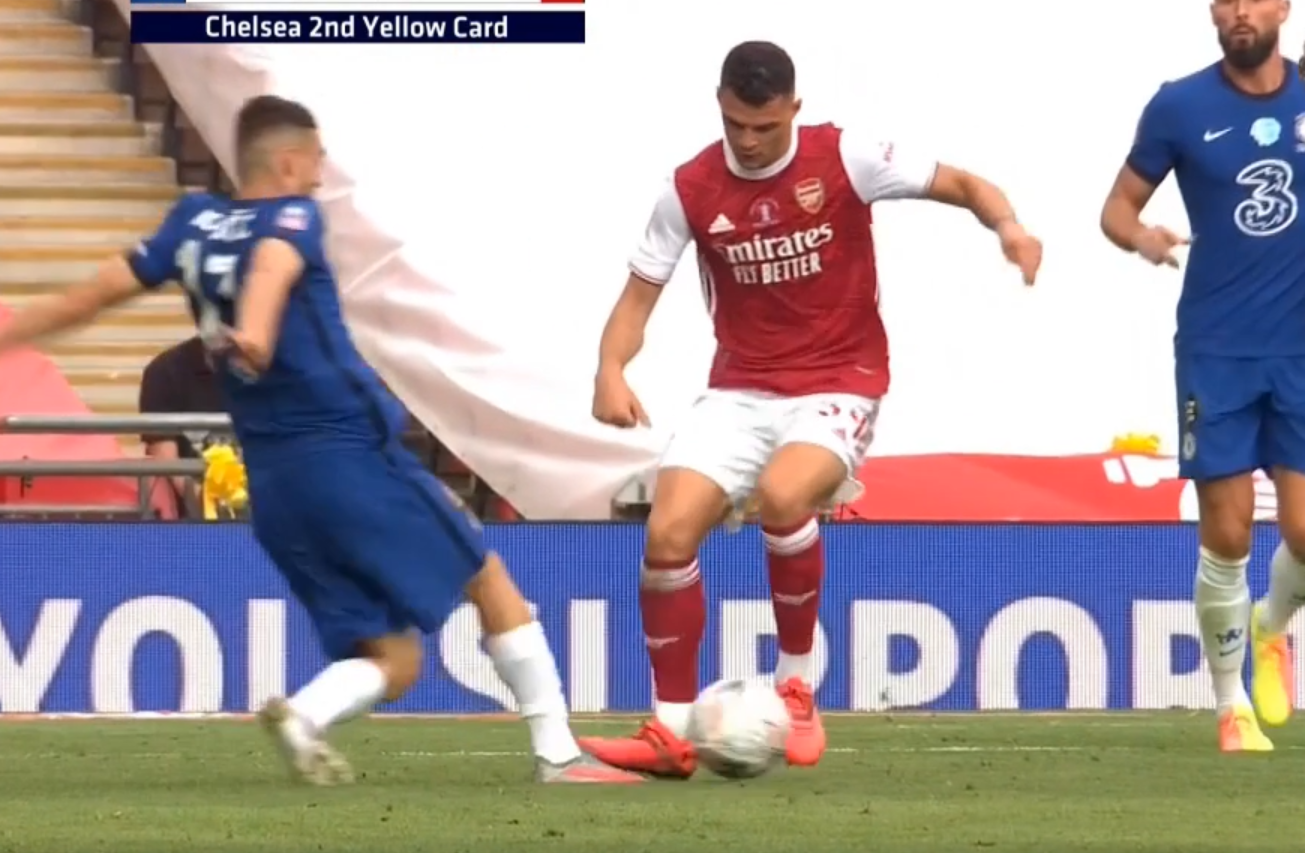 Anthony Taylor’s decision to send Matteo Kovacic down the tunnel in the FA Cup final has sparked outrage. 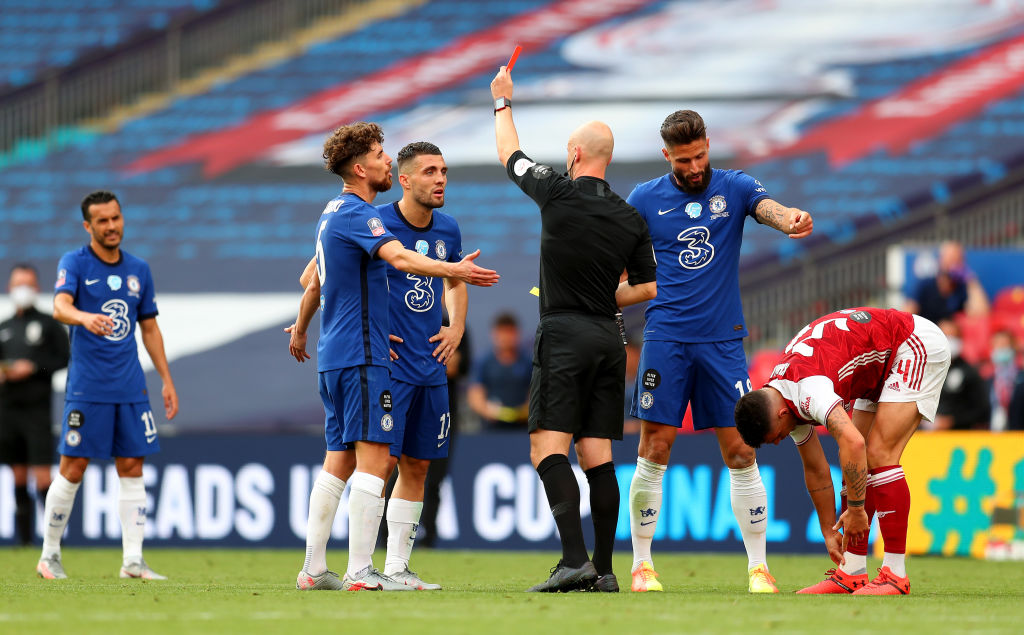 classy second, Kovacic and Granit Xhaka lunged for the ball on the edge of the Gunners’ box.

Kovacic failed to win the ball but brushed boots with the Swiss midfielder on the way through,

with Xhaka’s theatrical reaction looking to have swayed Taylor’s decision.

The Croatian’s tackle on Granit Xhaka was penalised, which sparked outrage on social media

The Blues went on to lose the final, with Pierre-Emerick Aubameyang’s double winning it

Chelsea suffered at the hands of Taylor in their last FA Cup final back in 2017, losing 2-1 to

The Blues also conceded a soft penalty in the first-half, with Aubameyang levelling after

to keeper Emiliano Martinez stepping outside of his box to catch the ball.

‘Who will lift the cup, Aubameyang or Anthony Taylor?’ @ExpressionsOOZ wrote on Twitter as

added: ‘Some of the decisions in this game today…’

Taylor handed out a flurry of cards throughout the game, enraging Blues fans for his decisions

‘Anthony Taylor handing out cards like it’s Christmas’, @aoifewalsh90 said, after the referee

brandished seven yellows through the game, only one of which went to Arsenal.

‘Anthony Taylor should be given man of the match for Arsenal,’ @Realist_187 also fumed.

‘This is a final and if Anthony Taylor is the best they can offer, then they need to start auditioning

for new Refs soon. The level is so low,’ @Blue_Footy wrote.