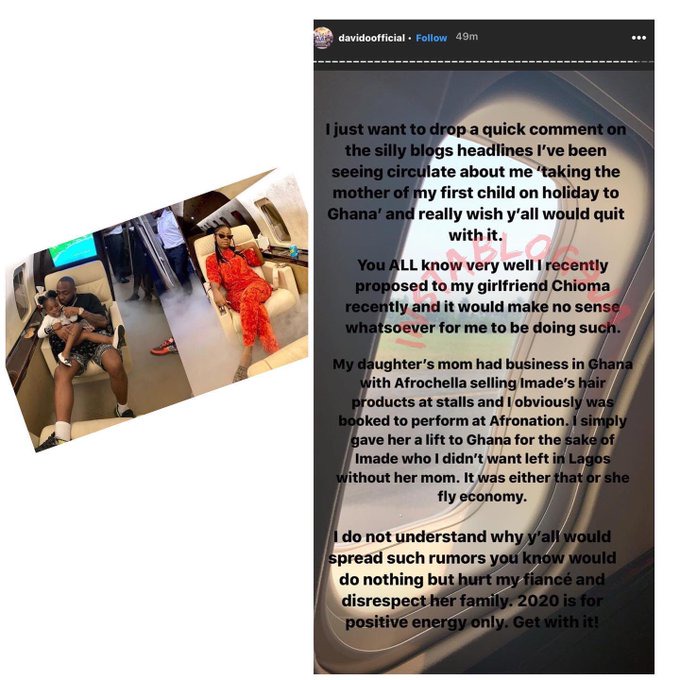 I don’t understand why you all will spread such rumored about me The truth is that Bloggers will always carry fake rumors and the so called rumor about me, davido taking sophia on a vacation is obviously fake this really hurt my fiance and disrespect their families 2020 is for positive energy only Sophia Momodu has reacted after her baby daddy, Davido, denied ever taking her to Ghana on vacation.

Recall that both of them recently jetted out to Ghana with their daughter Imade.

The pictures they shared had suggested they were on their way to Ghana for vacation leaving Davido’s fiancee Chioma behind in Nigeria.

Reacting to the tonnes of publications generates according to the pictures, Davido took to social media expressing his displeasure.

According to him, the publications based on rumors have the capability of hurting his fiancee Chioma whom he has a son with and planning to throw a big wedding with this year.