’Ameachi has done well for party’ 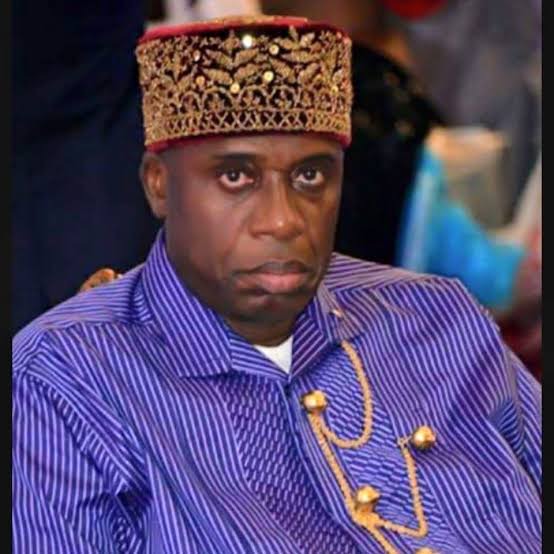 Daily focus Nigeria learnt that The All Progressives Congress (APC) in Cross River State is divided over Akin Ricketts’ appointment as chairman of the Nigerian Ports Authority (NPA) Board.

The Coalition of APC Support Groups in Nigeria in Cross River accused Minister of Transportation, Rotimi Ameachi, of working against the party in Cross River.

A communiqué at the end of an emergency meeting in Calabar, signed by Chairman Comrade Iso Edim and Secretary Edo Owen, and other executives, reads: “The current crisis in the state is fuelled by external forces who think they must control the party by working with few destructive elements to kill the party. One of such external forces is Rotimi Ameachi, who has been responsible for the crises from 2015 till date. He has been using his position as minister to dictate what happens here, to the extent of encouraging members to go to court.

“His attitude made it impossible for Rivers APC to participate in the last election; Cross River APC could not also make any impact in the 2019 elections because of court distraction and his romance with the Peoples Democratic Party (PDP).

“Ameachi used his position to appoint only his friends and cronies who do not have political/electoral value, and who are not interested in the party’s growth, but sidelined strategic, critical and committed leaders/members who have always been available. Ameachi prefers to go to PDP, pick his friends, influence appointments in their favour and ask them to join APC to the detriment of steadfast, courageous, committed, sacrificial and critical stakeholders/members.

“We call on President Muhammadu Buhari to call Ameachi to order. He should stop using his privileged position to destabilise APC by victimising those who have paid their dues.”

But an APC stakeholder, Chief Goddie Akpama, condemned the group’s stance. He said: “It is with dismay that I read a communiqué by the Coalition of APC Support Groups in Cross River. I am dismayed because despite our past experiences, we still don’t seem to have risen above a primitive ‘pull him down’ syndrome that is largely responsible for where we are today.

“The attacks on Rotimi Amaechi and Chief Akin Ricketts’ leave a sour taste in the mouth. Amaechi has done well for Cross River, we are our own problem.

“For the avoidance of doubt, Rickett is a member of the APC, and has been a member since the foundation of the party; he has contributed immensely, intellectually and financially to the party’s development. Those instigating crisis to insult Amaechi and Ricketts should desist forthwith.”

Ameachi will inaugurate the board today.