After the disappointing exit from the Carabao Cup, Chelsea have something to prove in the last game ahead of a two-week international break. Quite surprisingly, Crystal Palace and Roy Hodgson have enjoyed a great start to the season, winning two of their first three games. This will be anything but easy.

In goal, there was no contest, with Édouard Mendy well and truly arrived, receiving a whopping 96% of the votes. Kepa Arrizabalaga (3%) and Willy Caballero (1%) had absolutely no chance.

Despite plenty of options to choose from, there was also little debate about who should be in the back four. Kurt Zouma and Ben Chilwell retain their spots from midweek, and are joined by the returning Thiago Silva and Reece James. Only César Azpilicueta (40%) put up somewhat of a fight, the rest didn’t get past the 23% mark.

The N’Golo Kanté and Mateo Kovačić double pivot is given another shot after being underwhelming against West Brom. Both Jorginho (14%) and Ruben Loftus-Cheek (4%) have question marks over their immediate Chelsea futures, while Ross Barkley (1%) left on loan in the meantime. Not a lot of options here.

The attacking band sees Kai Havertz lead all players in voting, closely followed by Timo Werner who moves back to the center, ahead of both Tammy Abraham (51%) and Olivier Giroud (8%). With question marks over the fitness of Hakim Ziyech (21%) and Christian Pulisic, Callum Hudson-Odoi and a tired-looking Mason Mount start on the wings yet again.

I went with Tomori in defense, instead of Thiago Silva, to keep the partnership with Zouma together, and thus maybe create a bit of consistency. This lineup should be more than capable to get the job done (and we certainly shouldn’t be rushing Pulisic back).

Having said that, I do hope Mount has already been able to process Wednesday to a degree as we’ll need him to be 100% focused here.

Billy Gilmour and Hakim Ziyech are ruled out of the game. Timo Werner and Christian Pulisic are doubts; however, both are likely to feature from the start or off the bench.

Antonio Rudiger and Ruben Loftus-Cheek are unlikely to take part in the game. The same might apply to Marcos Alonso and Callum Hudson-Odoi, who is linked with a potential move to Bayern Munich. 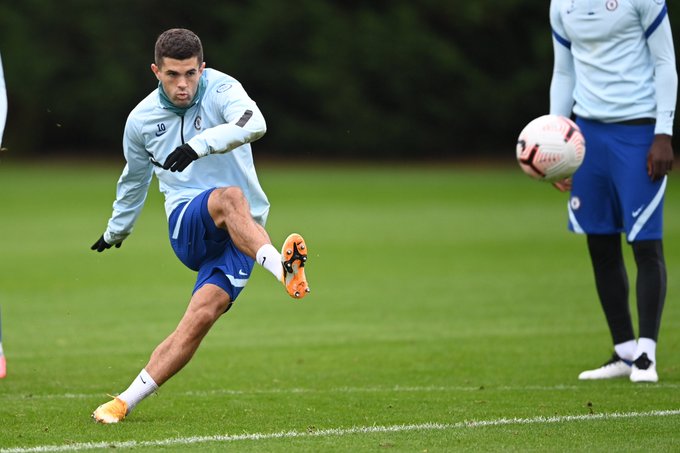 Ben Chilwell and Edouard Mendy will probably make their Premier League debuts for the Blues.

“So, I am going to go with Chelsea to break down Palace – they have definitely got the tools to do that, even though the Eagles always keep things pretty tight. If they get a clean sheet too, then I’d imagine Frank will be ecstatic.”

“Chelsea did well to come back from 3-0 down against West Brom last week but I think this will be a bit more straightforward for them, even though Palace have started the season pretty well.”

“Following three negative results in succession against Premier League opposition having far from convinced in their season opener at Brighton either, it’s fair to say Chelsea’s exciting new recruits are taking time to gel.”

“Palace were desperately unfortunate to lose last weekend and will put up a good fight, but their record against Chelsea is poor and we expect the hosts to just about edge it again this time around.”

💬 Quotes from the managers

“His career is beyond exceptional. I have so much respect for him and the way he carries himself. There won’t be any touchline spat between me and Roy.”

“I think he’s been excellent, shown tremendous composure and maturity. He’s not afraid to spend money where available, his start in management has been really good but I’m not surprised.