Chelsea will have to make Ben Chilwell the world’s most expensive defender to prise the star from Leicester.

Stamford Bridge boss Frank Lampard is determined to add England left-back Chilwell to his squad for next term. 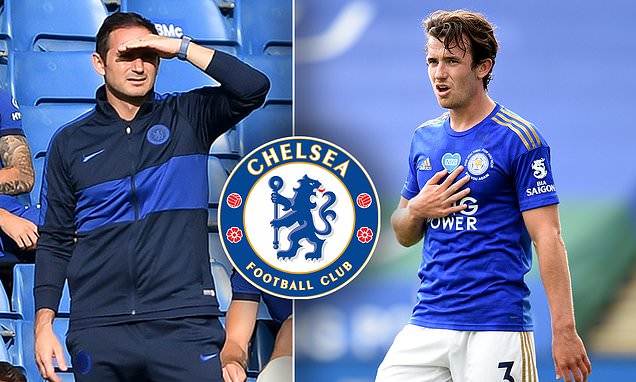 But Leicester have told Chelsea they value Chilwell, 23, even more highly than Harry Maguire.

England stopper Maguire, 27, became the world’s most expensive defender last summer when he joined Manchester United for £80million from the Foxes.

Now Chelsea face having to top that fee to land Chilwell, who has 11 caps.

Leicester have sold a main asset each summer since winning the title following the exits of Maguire, Riyad Mahrez, Danny Drinkwater and N’Golo Kante.

Now Chilwell, who has been at Leicester since aged 12, is likely to be their next big sale.

The star is keen to quit for Chelsea where he sees his long-term future.

His decision is not just a reflection on fifth-placed Leicester missing out on Champions League qualification behind fourth-placed Chelsea.

Chilwell’s intention to move is based upon where he sees himself playing for the next five-six years.

He also wants to nail down the England left-back spot going into next summer’s rescheduled Euros.

Talks over his future are expected to step-up later this month ahead of the new Premier League season starting on September 12.

Lampard currently has Marcos Alonso and Emerson Palmieri at his disposal at left-back with Spaniard Alonso,29, getting the nod for the FA Cup final.