Chelsea’s N’Golo Kanté has been named Midfielder of the Season for the 2020/21 UEFA Champions League. 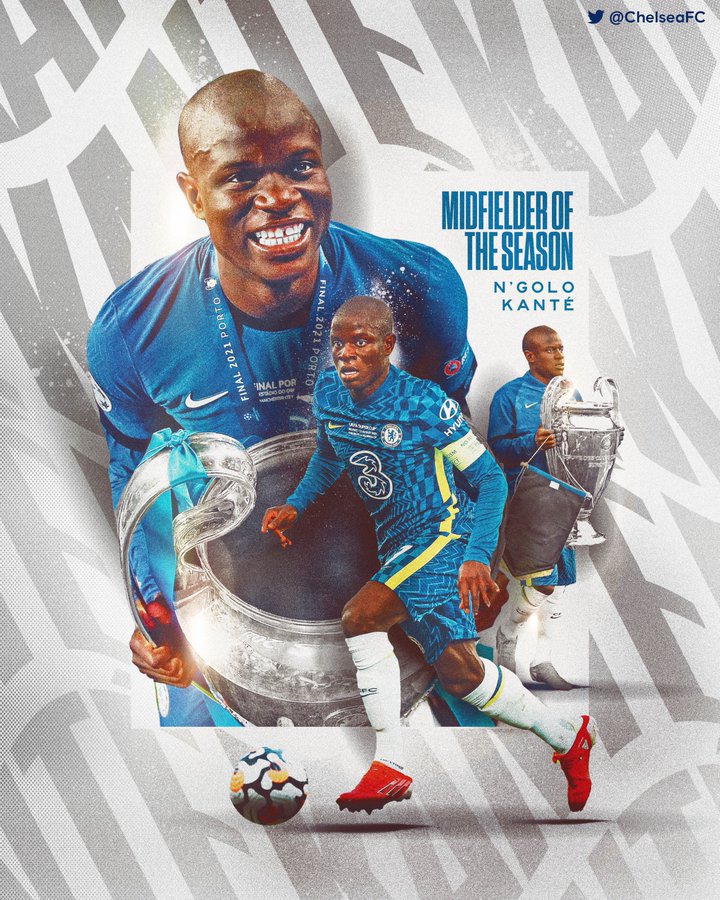 The French international, 30, beat off competition from Jorginho and Kevin De Bruyne after a remarkable campaign that concluded with Player of the Match performances in the semi-finals and final.

The award was presented to Kanté during the 2021/22 UEFA Champions League group stage draw ceremony in Istanbul. “I was fighting to have him in my team and now we did it the other way around – I came to his team. It’s a coach’s dream to have N’Golo on your side because he makes things easy for everybody on the pitch. He’s a very rare and unique player in terms of physical ability but the combination with his mindset and character makes him so, so special.”
Thomas Tuchel, Chelsea coach

Kanté’s Player of the Match display in the final

“He does everything.”
César Azpilicueta, Chelsea captain

“Kanté’s real quality comes out when he can be a box-to-box midfielder; then he becomes one of the best in the world. What Tuchel has done incredibly well for Kanté is he’s said ‘you just are yourself, box-to-box’ and that has made him exceptional.”
Roberto Martínez, Belgium coach

How Kanté was chosen

The jury comprised the following:

Jury members chose their top three players, with the first receiving five points, the second three and the third one. Coaches were not allowed to vote for players from their own team.