Chelsea Football Club has completed the signing of one of the big names in world football with Thiago Silva joining on a one-year contract, with the club having the option of a further 12 months.

That the Brazilian central defender’s time as a Paris Saint-German player was coming to an end was one of the sub-plots on the big stage of the Champions League final* at the weekend and he has opted to cross the English Channel to continue his long and distinguished career.

His signing follows the addition on Wednesday of Ben Chilwell to the squad and continues the long tradition of top Brazilian players gracing the pitch for Chelsea. Malang Sarr also joined this week and will be on loan in 2020/21.

Looking ahead to his new challenge, Thiago Silva said: ‘I am so happy to be joining Chelsea. I am delighted to be a part of Frank Lampard’s exciting squad for next season and I’m here to challenge for honours. See you soon Chelsea fans, I look forward to playing at Stamford Bridge very soon.’

Chelsea director Marina Granovskaia said: ‘We are delighted to be able to add a player of Thiago Silva’s proven world-class credentials to our squad.

‘Having performed at the highest level for many years, we have no doubt his experience and quality will complement the many exciting talents we already have here.

‘Thiago will be an excellent fit and we hope he can add some new trophies to his impressive list of honours.’

How old is Thiago Silva and what is his style of play? 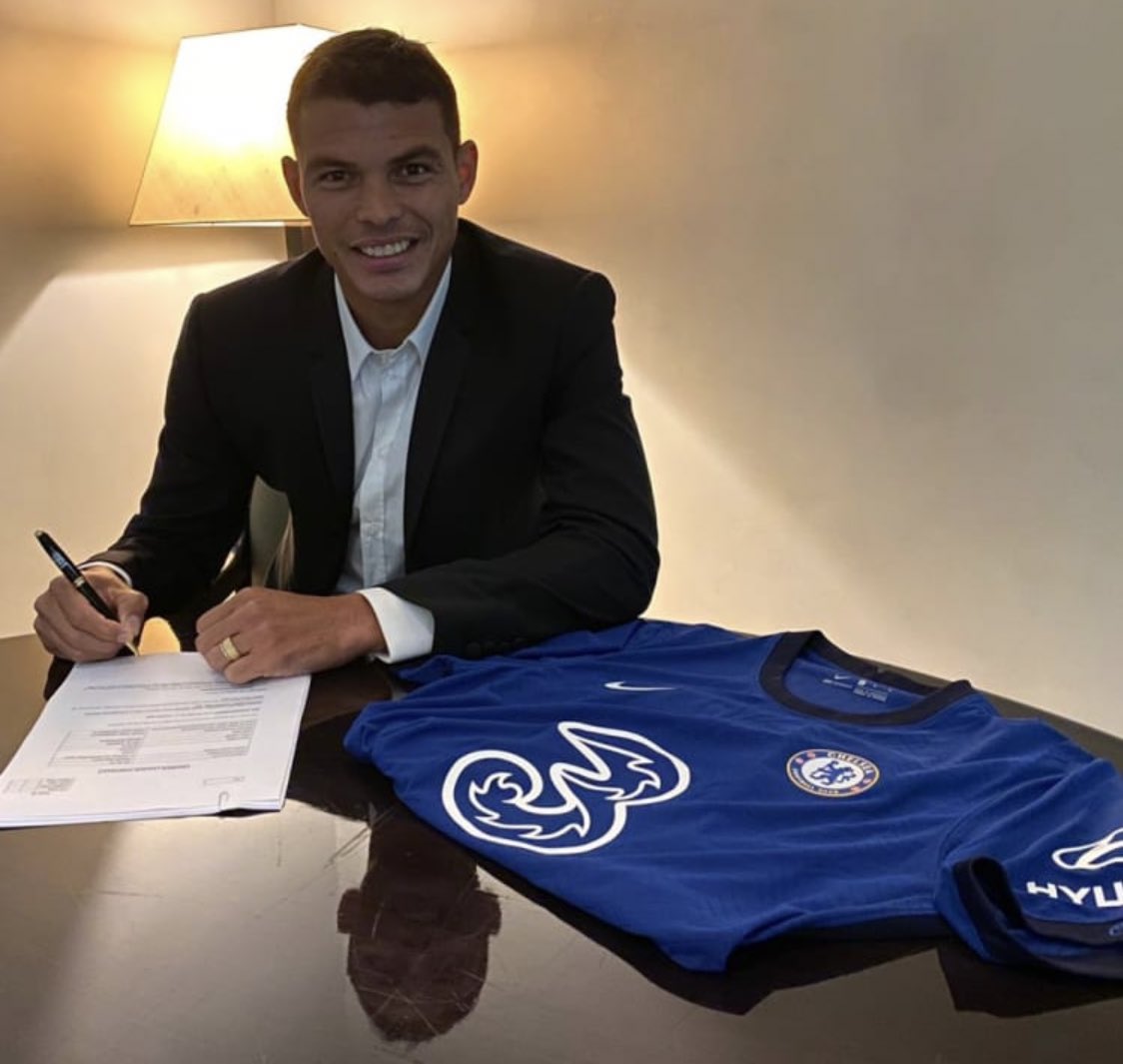 Thiago Silva has been acknowledged as one of the world’s most accomplished and successful defenders over the past decade, winning silverware in Brazil, Italy, France and at international level, in addition to a long list of individual honours.

As well as being blessed with pace and strength that make him a formidable opponent on the ground and in the air, being affectionately nicknamed ‘The Monster’ by the Brazilian and French press, the 35-year-old has the composure and technical ability to play the ball out from centre-back and a wealth of experience at the highest level of football. He has captained Paris Saint-Germain, AC Milan and the Brazilian national team.

Chelsea fans will be familiar with Thiago Silva’s talents from our frequent Champions League meetings with the Parisians in recent years, particularly in our Last-16 tie in 2015 when he marked Diego Costa tightly in the first leg in France and then headed in the decisive goal in extra-time at Stamford Bridge.

That competition has often brought the best out of him. In addition to his impressive displays in last season’s run to the Champions League final, the Brazilian scored on his PSG debut in a 4-1 group-stage win over Dynamo Kiev and his performance against Barcelona in 2013 was so good it had his then-manager Carlo Ancelotti and Brazil legend Ronaldo calling for him to win the Ballon d’Or.

What has Thiago Silva won and which clubs has he played for? 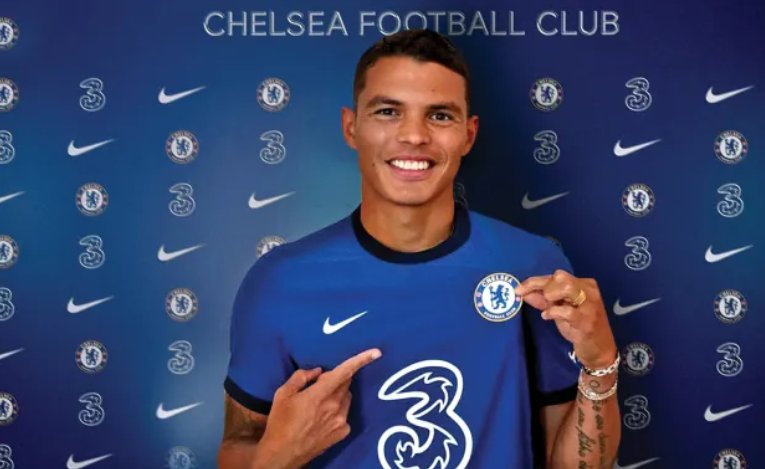 Despite missing out on a Champions League winner’s medal in his last game, Thiago Silva leaves Paris Saint-Germain as a proven winner, having been a key member of the side that amassed an incredible 23 trophies during his eight years there. That includes last season’s clean sweep of domestic silverware and claiming the Ligue 1 title in all but one of his campaigns in the French capital.

No player has won Ligue 1 more times than Thiago Silva’s seven, with his triumph last season matching an individual record which has stood since the 1960s. He was also named in the Ligue 1 Team of the Year seven times and the UEFA Team of the Year twice while at the Parc des Princes.

However, despite all his recent success, he was something of a late comer to the highest level of the game. He started his career in the Brazilian amateur leagues before turning professional with regional third-division side RS Futebol as a teenager. His performances in midfield as they achieved promotion secured him a move to the top flight with Juventude aged 20, where his switch to centre-back resulted in him catching the eye with some impressive performances.

Europe soon came calling and he signed for Porto in 2004, but it turned out to be a false start. Following a year acclimatising to a new continent with the Portuguese side’s ‘B’ team, he went to Dinamo Moscow, but missed the entire season after being hospitalised with a life-threatening illness in Russia.

Despite fearing an early retirement, Thiago Silva was offered a return to Brazil with hometown side Fluminense, where he had spent time as a trialist as a youngster. There he fully recovered to repay their faith in him by helping them to win their first-ever Copa do Brasil. His performances over three years back in Rio de Janeiro helped him break into the national team squad and be voted by fans as the top division’s best player, before getting a second shot at European football in 2009.

This time there were no setbacks as he instantly became a key player in the AC Milan defence, with club legends Paolo Maldini and Franco Baresi naming him as their natural successor. He proved them correct by becoming the first foreigner to captain the club in 50 years and playing a starring role as they claimed the Serie A title in 2011.

What is Thiago Silva’s international record?
It was during his time in Milan that Thiago Silva became a regular starter for the Brazilian national team and was named captain of his country shortly after that Serie A triumph. That meant he was wearing the armband as Brazil won the 2013 Confederations Cup in impressive style. 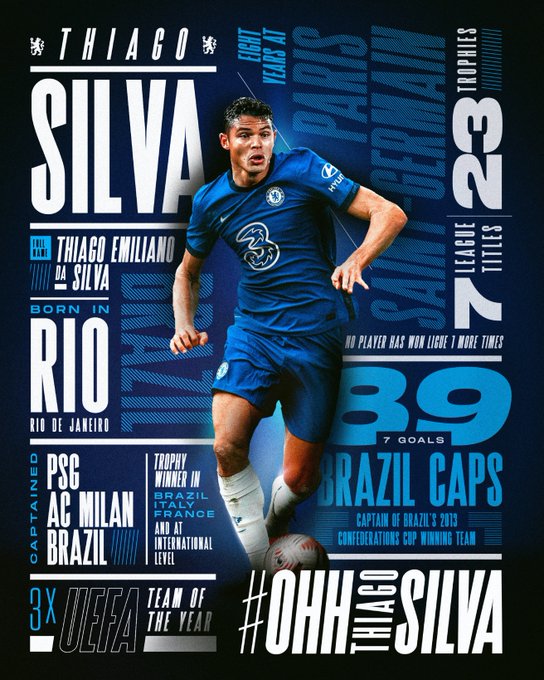 He was captain again when they competed in the following year’s World Cup on home soil and scored in the quarter-final victory over Colombia, but was suspended when they were beaten in the semis by Germany, with many pointing to his absence as a key factor in that heavy defeat.

Although no longer captain, Thiago Silva was again an important player for Brazil as they lifted the Copa America at the Maracana last year and he has represented his country 89 times in total, scoring seven goals.