The dust from 36 days ago has barely settled, but we are up and running again for the next thrilling chapter in the Blues’ history. Can the last match of the Premier League’s opening weekend hand Chelsea the perfect start?

It is an unusual opening. The kick-off at the Amex has been pushed back 15 minutes from its original billing to 8.15pm, which was already delayed two days because of the Blues’ European involvement. And unlike our recent friendly visit, not even a socially-distanced Seagull will be present as the pre-match anthem ‘Good old Sussex by the sea’ rattles around empty seating.

Both clubs’ managers are embarking on their second season in charge, reputedly as difficult as the follow-up album to a chart hit. Frank Lampard stewarded the Blues to fourth and a cup final in his maiden season, while Graham Potter steered Albion to their equal-highest Premier League finish, 15th.

One or both will drop points on Monday evening, but the reinforced Londoners must be confident of the victory that has been secured in nine of our 10 previous league meetings. These are heady days again.

Over the past 16 seasons, no eventual champion has stumbled at the first hurdle, and the day of the week may be a good omen. Twice Chelsea have started a Premier League campaign on a Monday (2014 and 2016) and on both occasions we went on to finish top of the tree. Brighton, though, have never lost a top-flight match staged on the first day of the week, drawing all five.

A win would take Chelsea to 2,000 all-time Premier League points, the third team to reach that milestone after Manchester Utd and Arsenal.

It has been a mouthwatering transfer window for Chelsea fans, but let us not forget the wealth of talent that was already at the club. We know Hakim Ziyech, Ben Chilwell and Thiago Silva are sidelined for the time being, but how are the other new men likely to blend in with last season’s regular starters?
Leading scorer last season Tammy Abraham and Oli Giroud will vie for a place with Timo Werner – who was second only to Lionel Messi across the top five European leagues for the number of goals he scored or created (34).

The Stuttgart-born 24-year-old clearly has the guile and instinct of an apex predator, and already knows where the goal is at the AMEX, opening his account in royal blue with his first touch in the recent friendly there. Yet he often plays wide of a striker, and pops up everywhere.

Headline signing Kai Havertz, one of the star players of his generation, has already impressed his coach in training with the quality and intelligence he brings to a variety of roles. Tall, fast, smart, skilful and deadly, the German’s arrival bolsters a frighteningly potent attacking Chelsea squad. He has plenty else to offer elsewhere, though. 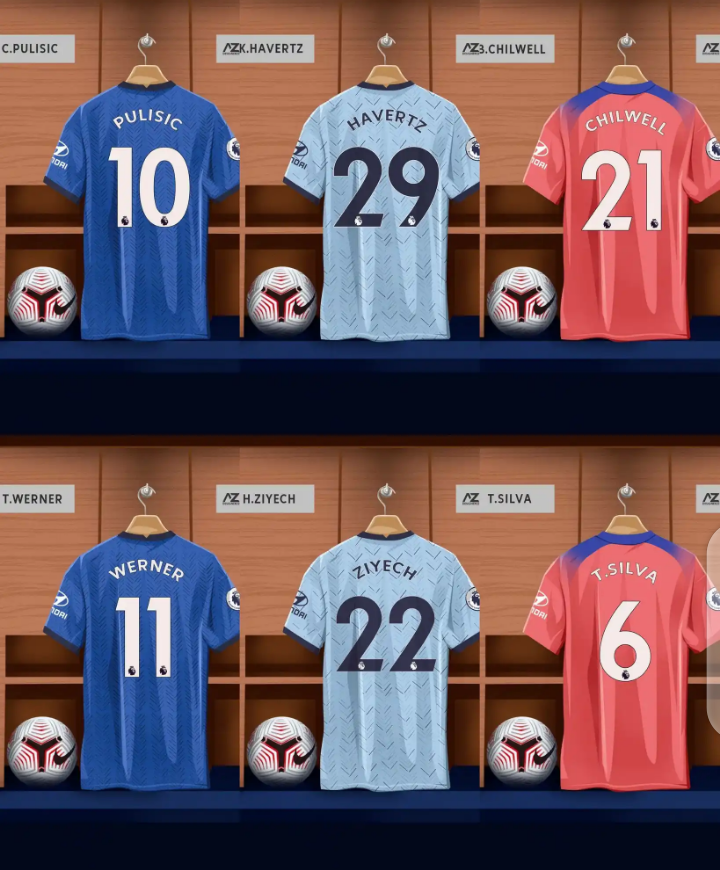 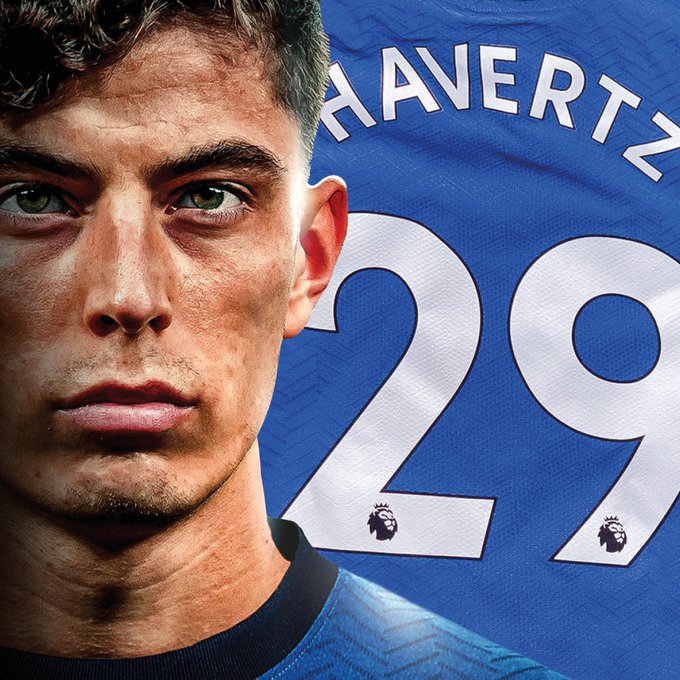 If Lampard wants to play a 4-2-3-1 formation (as he did in the friendly against Brighton) the two-footed 21-year-old could play as one of the central midfielders or anywhere behind the striker. In a 4-3-3 he could figure wide on either side.

The Blues’ patient, structured play against deep-defending teams will benefit from a spark of fantasy football as well as clinical finishing. The new arrivals from the Bundesliga are also both well-schooled in high pressing, a possible vulnerability of play-from-the-back Brighton. Havertz was Leverkusen’s designated corner-clearer, which will hopefully improve an area of weakness for the Blues last season.

When Monday’s teams met recently in the friendly, there was a little reminder about keeping going to the final whistle. Last season the Blues’ game management seemed to fade in the last 10 minutes of matches, with 13 late goals costing nine points (only Aston Villa with 16 conceded more).

One of those was a gut-wrenching 85th-minute equaliser at Brighton on New Year’s Day, and a similar setback happened at the AMEX two weeks ago with Pascal Gross’s last-minute penalty.

Our new England left-back and our Champions League finalist, who might otherwise have strengthened a back four, are absent, but Cesar Azpilicueta has recovered from his FA Cup final injury.

Christian Pulisic, who was in such blistering form after the restart – five goals and four assists in 10 matches across all competitions – has returned from his hamstring injury sustained at Wembley.

The south coast club finished a creditable 15th in Graham Potter’s first season yet struggled for goals. After forwards Neal Maupay, Aaron Connelly and Leandro Trossard, it was Dan Burn, Adam Webster and Lewis Dunk who most regularly weighed in. The towering defensive trio cluster together in the box at set-plays making them difficult to handle.

On Monday, the Seagulls will be without Jose Izquierdo, Davy Propper and Christian Walton. Regular midfielder Aaron Mooy has moved on, with Adam Lallana signed as a replacement. The Blues are not the favourite opponent of the 32-year-old, who has failed either to score or set up a goal in 11 meetings in all competitions. The most recent was the Londoners’ 2-0 FA Cup victory over Liverpool just before the lockdown.

Their right-back is Chelsea Academy graduate Tariq Lamptey, who made the switch in January.

Room for improvement on recent openers

Chelsea were uncontested masters of the opening Premier League fixture between 1999 and 2016, going 18 consecutive campaigns without defeat, but have now lost two of the last three (winning the other).

More often than not the Blues have kicked off at home, but even on the road the Londoners have been fine starters – until last season at Old Trafford.

Next Sunday Liverpool will become the first visitors to Stamford Bridge this season. An early take on their title-defending prospects is available on Saturday evening from 5.30pm when they host newly-promoted Leeds.

The game that determines whether Neil Warnock’s Middlesbrough or fellow Championship side Barnsley come to the Bridge in eight days’ time in the Carabao Cup will take place at the Riverside on Tuesday 15 September, a 6pm kick-off.

Christian Pulisic will inherit Willian’s shirt this season, becoming ‘the 10 from Penn’. Elsewhere, Fikayo Tomori has moved to 14, allowing Kai Havertz to claim 29, Hakim Ziyech will take on the American’s old 22, and Pedro’s 11 shirt has moved on to Timo Werner. All three new men wore the same number at their previous club. Ben Chilwell has switched from three with the Foxes to 21 at Chelsea, while Thiago Silva, who was PSG’s number 2, will don the vacant 6. Billy Gilmour adopts the 23.

This season all Premier League players will wear a sleeve badge bearing the message ‘No Room For Racism’, a message shared by all at Chelsea.

How to watch Chelsea’s match

Each of the Blues’ first three outings was selected for live coverage on Sky Sports, but Premier League clubs have voted to allow all 28 September matches to be televised in real time. That means an additional 11 live games, six of which will be on Sky Sports, three on BT Sport and one each on the BBC and Amazon Prime.

To see where all the Blues games can be viewed where you live, check the Premier League website’s television guide, updated throughout the season.

Chelsea TV’s programming for the Brighton match will start with pre-match news from 7pm on the 5th Stand app, Facebook Live and our official YouTube channel with three live shows.