The almost perfect – but exhausting list was in December trimmed to top three for each award category for the 28th edition of the Confederation of African Football (CAF) annual football awards.

The headline category as it’s been for ages has three of the continent’s finest players (Salah, Mané, and Mahrez), battle for supremacy.

Considering the level of individual success achieved by these players, the best choice for the accolade of Africa’s finest footballer for the Calendar Year under review (2019) is Sadio Mané. 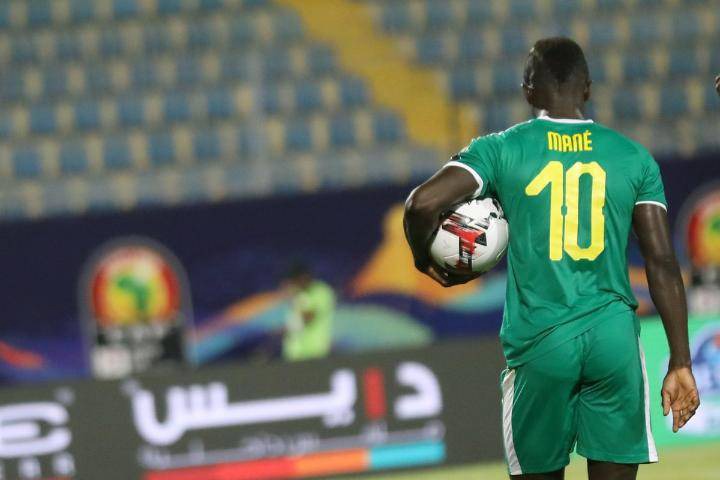 Born in Sédhiou, Senegal, some twenty-seven years ago, Mané has always loved the game. It is mentioned that despite his father forbidding him from playing the sport as a child, he stayed glued to his calling. Today, he wears the crown.

Metz, RB Salzburg, Southampton, and since 2016 Mané has been under the employ of Liverpool Football Club. With Liverpool, he finished as the club’s Player of the Season in his first campaign, before he helped the team reach consecutive UEFA Champions League Finals in 2018 and 2019, winning the latter. 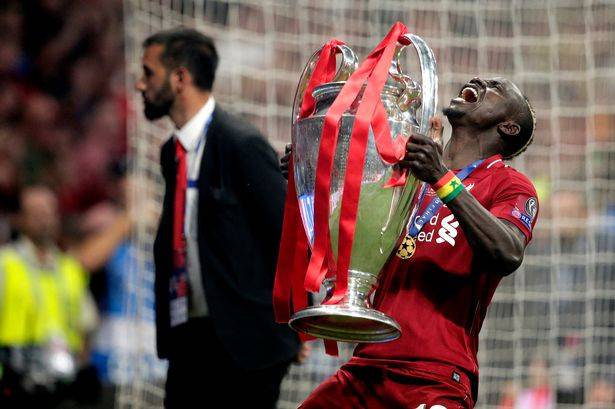 At the international level, the quality is unfiltered. Since his debut in 2012, Mané has scored 19 goals, appearing in over 69 games for Les Lions de la Téranga. None of his major contenders have such momentum going in their favor. 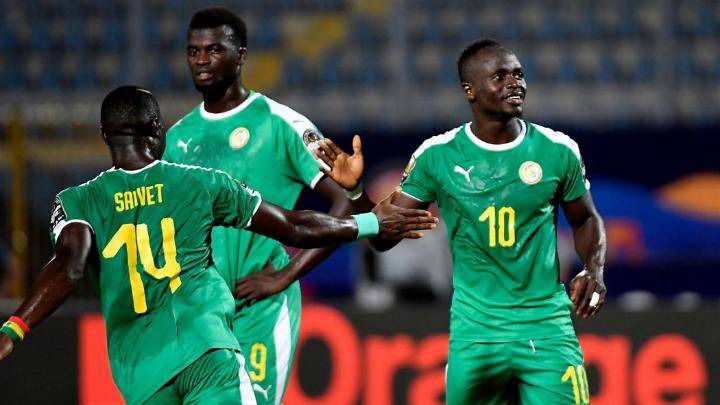 In the last three years, Sadio Mané has been part of the final shortlist for the CAF Awards, finishing 3rd in 2016, and consecutively second in 2017 and 2018. As expected, there is only one way, and that’s an upward movement. 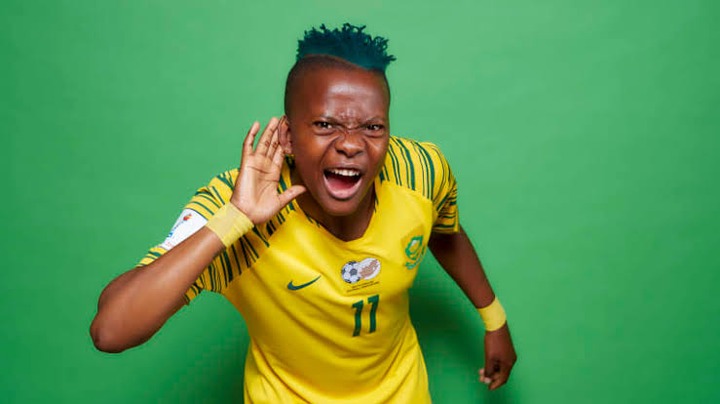 The Women’s equivalent of the POTY award is more difficult to call than the Men’s. In fairness, the three nominees have had an almost equal measure in performances. But two were outstanding.

They are Nigeria’s Asisat Oshoala, who is seeking her fourth award following wins in 2014, 2016, and 2017. And Cameroonian Ajara Nchout. 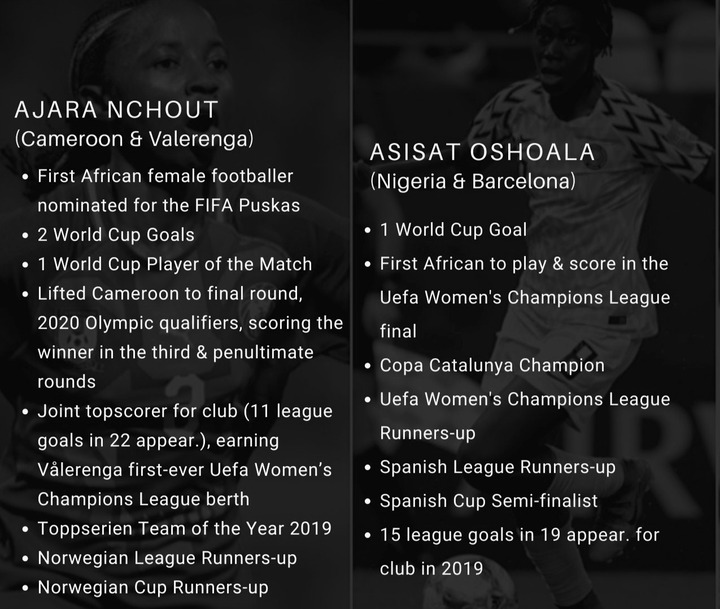 Thembi Kgatlana of South Africa is the current queen, a title she most likely would forfeit. 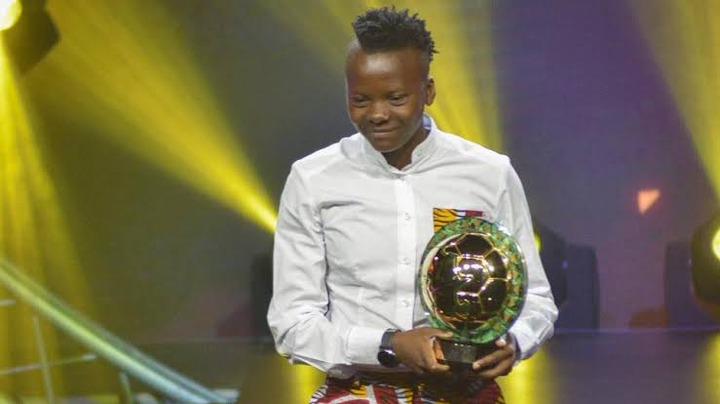 The African Youth Player of the Year category is another which excites. Two Nigerians (Osimhen & Chukwueze) shortlisted alongside Morocco’s Achraf Hakimi.

The Nigerian duo helped the Golden Eaglets who competed at the 2015 FIFA u17 World Cup secure a 5th world title.

Graciously, they were part of the Nigerian squad to the 2019 Africa Cup of Nations hosted in Egypt – where the Super Eagles ended the tournament as the third-best team. 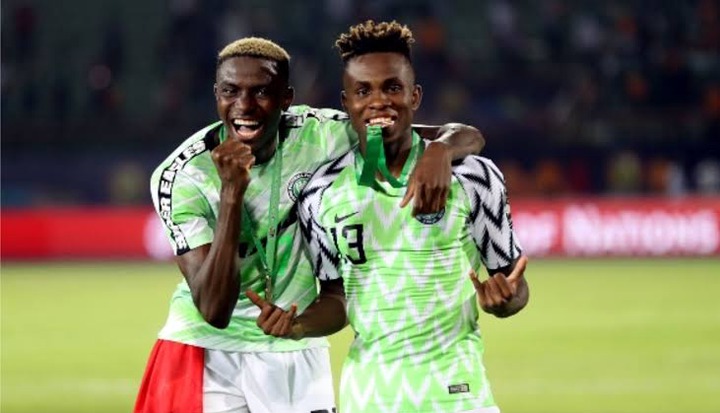 I am no Sibyl, but common sense which often isn’t common has led me to make bold calls in all categories, stating players/teams most deserving of the awards.

Here are my CAF Awards 2019 Winners

African Player of the Year:

African Women’s Player of the Year:

African Interclubs Player of the Year:

African Youth Player of the Year:

African Men’s Coach of the Year:

African Women’s Coach of the Year: 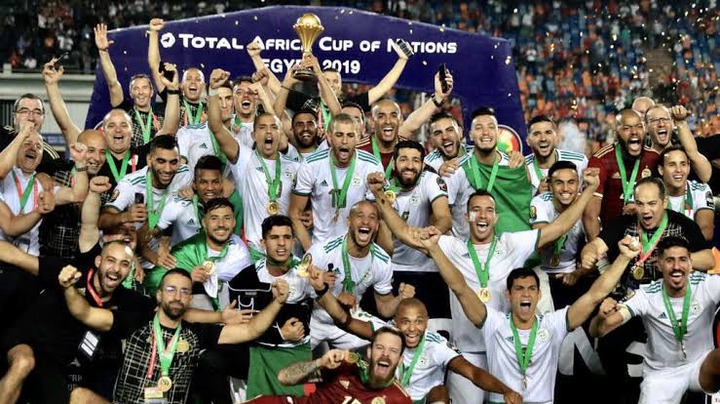