Donald Trump tweets about reopening schools like a man desperate to get his minor offspring out of the house and into a classroom. Alas for Donald, young Barron’s school — St. Andrew’s Episcopal, which charges $42,190 for a year of middle school — remains closed for the fall. Barron will have to learn at home, shut up in the White House while his father rages on Twitter.

Cases up because of BIG Testing! Much of our Country is doing very well. Open the Schools!

Why is Trump so eager for children to go back to school? The leading theory is that he thinks a return to normal will boost his approval ratings, which have begun to flag. There’s a certain base logic to his obsession with reopening school: Parents can’t get back to work if they’re saddled with child-care duties, and a lingering recession won’t help his chances of reelection. But Trump’s tweets rarely make good policy. Opening schools on a pre-pandemic schedule could still backfire in ways that are damaging for Trump and dangerous, if not fatal, for others.

While the president strives to pretend that COVID-19 is going away, claiming that recent outbreaks are merely the result of higher testing rates, evidence does not exactly support his point of view. Health officials in Tennessee reported late last week that 97 percent of all counties had moved “above the threshold” for acceptable rates of viral transmission, which could signal an imminent statewide outbreak of disease. Despite this, some schools are already back in session. Schools in Alcoa, Tennessee, reopened on a staggered schedule in July; since then, five people connected to the small school system have tested positive for the virus.

In other states, children and people who work with them have reported even larger outbreaks. A day after teachers in Gwinnett County, Georgia, returned to school for pre-planning sessions, 260 school employees “had been excluded from work due to a positive case or contact with a case,” the Atlanta Journal-Constitution reported. The Centers for Disease Control reported another cluster connected to an overnight camp in the same state. By July 30, three-quarters of campers and workers tested for COVID-19 reported positive results to the CDC. In both cases, community spread contributed to the outbreaks; Georgia continues to experience high rates of COVID-19. But taken together, they illustrate the risks of sending children back to school. Children can spread the virus, and so can teachers. Poor ventilation in schools increases the risk of infection — and schools themselves, long deprived of cash by state lawmakers, may not be able to afford the repairs or additional equipment needed to keep everyone safe. 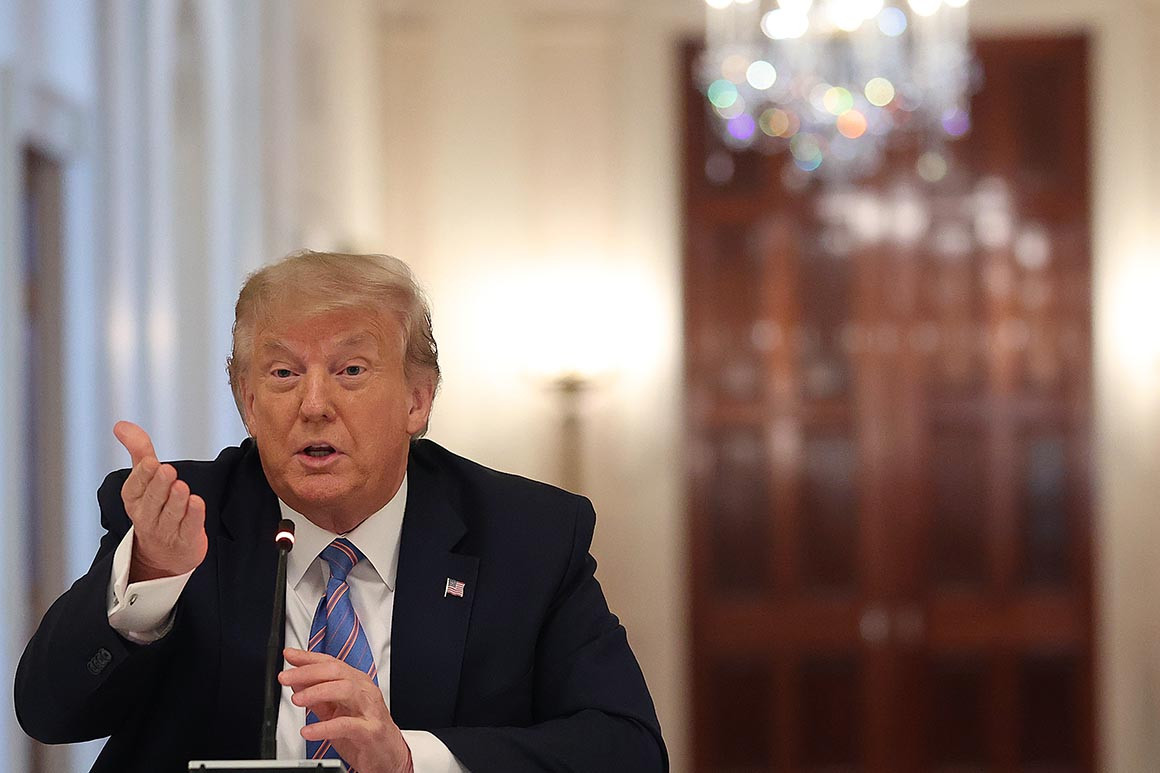 The risk that classes will lead to an outbreak of COVID-19 isn’t distributed equally across all communities or age groups. In areas with low rates of transmission, kids may be able to go back to school in relative safety, at least for a few days a week. Older children may also spread the virus more easily than younger children, recent research suggests. But opening school for any level of in-person instruction gives adults a chance to spread the virus to each other, and to their students. Trump might not believe that’s a real risk, or is at least pretending he doesn’t think so, in order to bolster his shuddering presidency, but he can’t control COVID-19’s biology. The virus is highly contagious, and a risky reopening strategy will inevitably make people sick.

Trump’s approval ratings have already fallen since the pandemic began in earnest. A recent ABC News/IPSOS poll found that two-thirds of Americans believe he’s mishandled COVID-19; his overall approval rating, meanwhile, sits at a mere 34 percent. A botched start to the school year will sink him even further, not least because it would have the same effect on the economy. Even if there were jobs for parents to take — and there really aren’t, at the moment — they can’t work if they’re sick. They also can’t work if they’ve got to care for loved ones who fall ill because local school officials decided to listen to Trump.

The president can tweet all he wants and blame teachers and unions for the preponderance of remote learning this fall. But he can’t deflect blame for his handling of the pandemic forever. If he successfully pushes schools to reopen too early, the bill will come due — right as he asks voters for another four years in power.