FC Bayern Munich have signed Leroy Sané from Manchester City, the Germany international’s club since 2016. The 24-year-old has put his name to a five-year contract until 30 June 2025 and will start preparing for the upcoming season in Munich next week.

FC Bayern CEO Karl-Heinz Rummenigge commented: “We’re very happy to welcome Leroy Sané to FC Bayern. He is an outstanding player who has proven his qualities over the past few years, especially in the national team. Our goal is to gather the best German players at FC Bayern and the signing of Leroy emphasises this goal. I would like to congratulate Hasan Salihamidžić on successfully concluding the transfer.”

Board member for sport Hasan Salihamidžićsaid: “We’re delighted Leroy is to be a Bayern player. Leroy is a difference-maker and will strengthen our team with his quality. With Serge Gnabry, Kingsley Comanand Leroy, we’re now even better equipped at a very high level in the wide positions that are important for our game. I would like to thank Manchester City for the trusting and constructive negotiations. I would also like to thank our president and chairman of the supervisory board, Herbert Hainer, who supported us with this transfer right from the start under the difficult circumstances of coronavirus.” 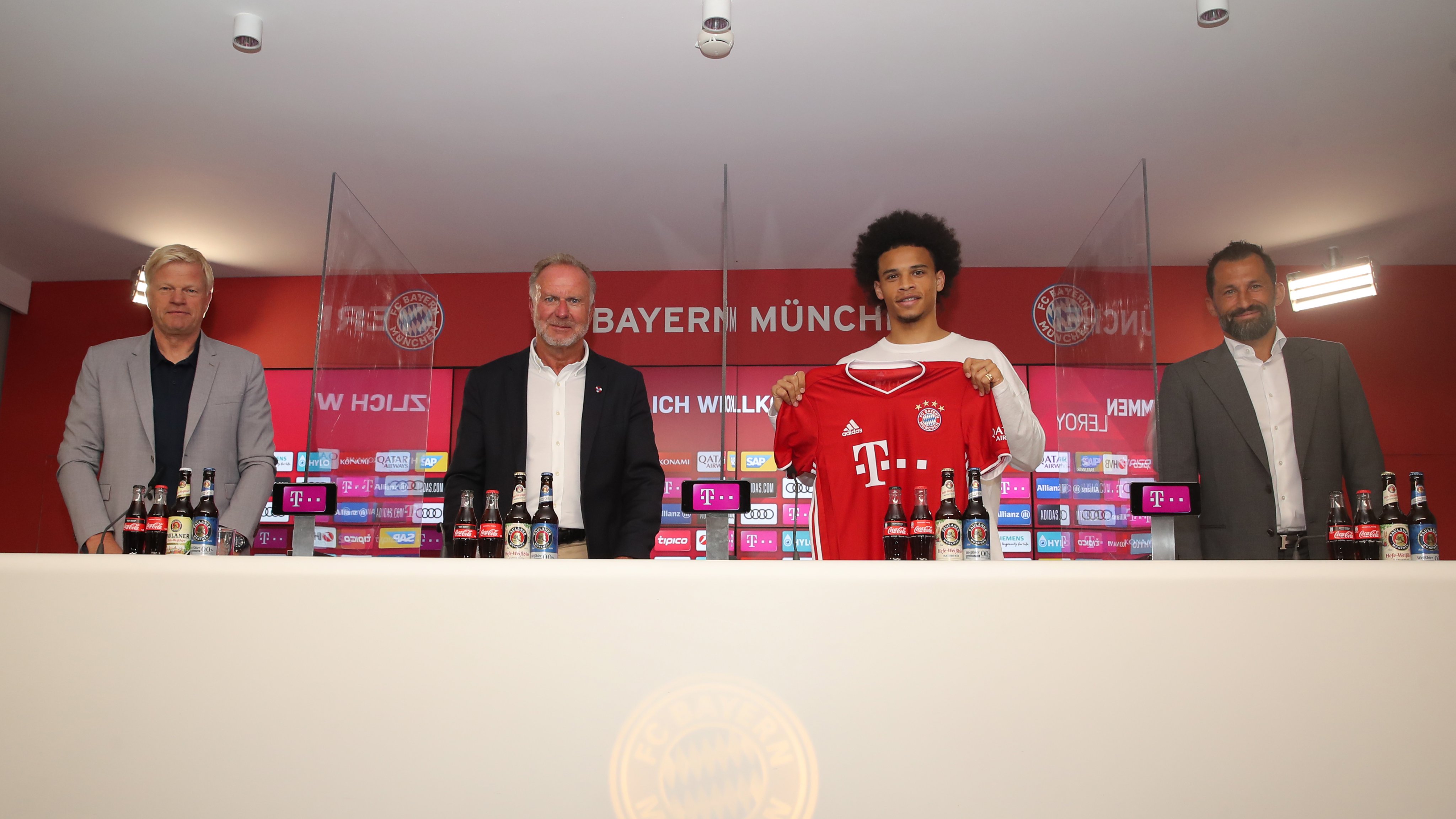 FC Bayern board member Oliver Kahn: “We’re all delighted we’ve been able to secure Leroy’s signature for FC Bayern Munich. His qualities as a player are undisputed. His speed, his technical quality and his scoring threat make him an absolute top player. He also fits very well into our team as a person and as a character. Our goal is to have a spine on the pitch from the goalkeeper to the forwards, and Leroy is an important component in this. With this signing, we have taken another big step towards remaining at the forefront in Europe.”

Leroy Sané: “FC Bayern is a great club with big goals – and these goals suit me as well. I’m looking forward to the new challenge and can’t wait to train with the team. I know Hansi Flick from the U21 national team, we had a very good relationship there. I want to win as many trophies as possible with FC Bayern, and the Champions League is the top priority.”

Leroy Sané was born in Essen on 11 January 1996. He spent his youth career at SG Wattenscheid 09 (until 2005), FC Schalke 04 (2005-2008) and Bayer 04 Leverkusen (2008-2011) before the then 15-year-old rejoined the Schalke “Knappenschmiede” academy. Three years later, Sané made his Bundesliga debut and scored 13 goals in his first regular professional season (2015/16). He signed for Manchester City in the summer of 2016. With the Citizens under coach Pep Guardiola he became English champion in 2018 and 2019, FA Cup winner, and won three League Cups and two Community Shields. He scored 39 goals in 135 competitive matches for Manchester City,.

Sané made his Germany national team debut in November 2015 and was part of the squad at EURO 2016 in France (one tournament appearance in the semi-finals against the hosts). He has made 21 appearances for Germany and scored five goals.