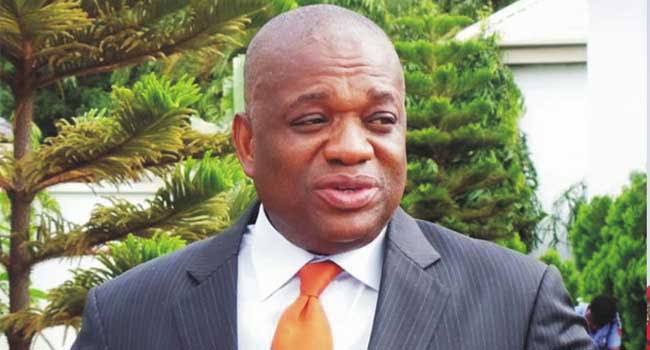 Kalu, who was sentenced to 12 years in prison on December 5, 2019, for money laundering, had returned to court seeking bail on grounds of ill health.

In his appeal which was filed on December 17, Kalu said he is battling “serious health issues that the medical facilities in the prison cannot handle.”

He also added that as the senator representing Abia north, the interest of his constituents would be in jeopardy if he was kept behind bars.

Rotimi Oyedepo, counsel to the Economic and Financial Crimes Commission (EFCC), had opposed the bail application, saying a convict does not have the right to bail.

In his ruling on Monday, Mohammed Liman, the judge, held that the application lacked merit. He ordered Kalu to remain in prison until his appeal challenging his conviction is heard.

The judge had ordered that Kalu’s company, Slok Nigeria Limited, be liquidated and its assets forfeited to the federal government.