Dailyfocusng
League tables are starting to take shape, the January transfer window has now opened and clubs are preparing their shopping lists ahead of the second half of the season.

As ever, clubs will spend extortionate sums in order to bring in the very best players. However, come the end of the season there will be a host of quality players out of contract who are available for absolutely nothing and looking for new opportunities elsewhere.

Here, 90min takes a look at no fewer than 15 players who are now in the final six months of their contracts, and currently available to sign on a free transfer on July 1. With over 50 goals and 60 assists in 220 Premier League appearances for ​Tottenham Hotspur, Christian Eriksen will be a top signing for any club in Europe’s top five leagues.

The 27-year-old is still at the peak of his powers and, despite playing just 977 minutes of Premier League action this season, has attracted interest from clubs such as Real Madrid and Manchester United.

Inter, however, are believed to be in the driving seat as it stands. Winner of the 2018 Ballon d’Or, Luka Modric is one of the finest midfielders of his generation. A deep-lying playmaker possessing a deadly passing range, Modric has been integral to ​Real Madrid’s Champions League titles in recent years.

Now 34 years of age, Modric is in the twilight of his career and would still do a fine job for a number of European clubs, with Napoli ​reportedly keen on a cash-plus-player swap deal for Kalidou Koulibaly. Despite being 31-years-old, Willian is having a stellar season with ​Chelsea, contributing five goals and five assists in 26 games.

Having featured 318 times for the Blues, scoring 57 and registering 58 assists, Willian’s quality and longevity is evident.

The Brazil international would be a great fit for a side such as Manchester United, who could use his quality on the wing. Despite scoring just twice in Ligue 1 this season, Edinson Cavani has been one of the most potent strikers throughout the 2010s.

The Uruguayan is so prolific, that only ​Lionel Messi (522), ​Cristiano Ronaldo (477) and Robert Lewandowski (324) have scored more goals than Cavani (309) since the start of the decade. With his contract set to expire in June, Dries Mertens looks set to depart ​Napoli after seven seasons with Gli Azzurri.

Having notched 118 goals and 71 assist in 304 games for the Serie A side, Mertens would certainly improve almost any top six side in Europe’s top five leagues and should not be short of suitors come the summer. Arguably the best defensive midfielder in the Premier League over the past few seasons, Fernandinho’s time at ​Manchester City is nearing an end – providing he doesn’t sign a new deal, of course.

The 34-year-old is capable of playing as a central or defensive midfielder, or as a center-back, making him a versatile option for a club looking to strengthen those areas. One of ​Manchester United’s better center-backs on his day, Eric Bailly has struggled to find form and fitness since arriving in the red half of Manchester.

Injuries have seen the Ivory Coast internationals playing time cut short to just 18 appearances in all competitions since the start of the 2018/19 season. Another one of Tottenham Hotspur’s players out of contract by July is 32-year-old Jan Vertonghen.

The Belgian has been instrumental to the Lilywhites in recent seasons but has found form hard to come by so far in the 2019/20 ​Premier League campaign.

Capable of playing at center-back, left-back or defensive midfield, the former Ajax academy graduate still has a few years left in him. Unbelievably still only 27 years of age, Mario Götze has played some of his best football for ​Borussia Dortmund.

The former World Cup winner has experience in abundance and still could have around six years left at the top of his game. An attacking midfielder with high technical ability, Götze would certainly reap the rewards of starting every week.

However, having played the full 90 minutes just once this season, it would appear Dortmund will not retain the services of the German. Now 32 years of age, the former Real Madrid star has still managed to rack up the numbers despite not having the best of seasons with ​I Partenopei, scoring once and assisting four times so far this campaign.

With the arrival of Hirving Lozano from PSV Eindhoven in the summer, Callejón will be looking for a new club come the summer and could still perform well at a number of Premier League clubs – Crystal Palace, anyone? Having scored 238 career goals, former ​Arsenal striker Olivier Giroud is one of the most underrated players of the decade.

The 33-year-old is ranked third in France’s all-time leading goalscoring charts, just two goals behind Michel Platini. Despite playing 191 minutes of Premier League football so far this season, Giroud has the ability to perform at the highest level for at another two years. 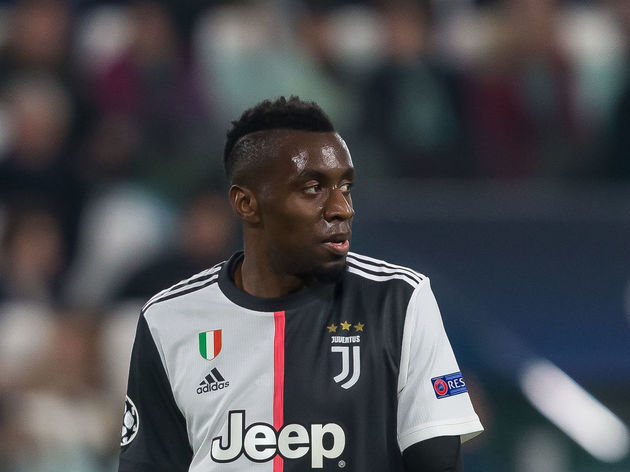 ​Juventus midfielder Blaise Matuidi has been one of the more consistent players throughout this decade and has continued to feature regularly despite being 32.

The France international has appeared 21 times for I Bianconeri this season and is showing no signs of slowing down. The two-time Serbian footballer of the year has struggled for game time this season, amassing just five league appearances. However, aged just 31, Matic still has a lot to give before his eventual retirement and would perform well at a number of European clubs. Capable of playing in no fewer than five different positions, PSG defender Thomas Meunier primarily plays as a right-back.

Still only 28 years of age, Meunier has plenty of time left at the top of his game and would be a shrewd signing for any club given his contract is set to expire in June. PSG has, however, been ​in talks with ​Juventus over a potential swap deal with Mattia De Sciglio, meaning his availability may not last long. The diminutive, tricky and pacy Scottish winger has been vital to Bournemouth over the last few seasons and managed an incredible 14 assists for ​Bournemouth in the 2018/19 season.

Arsenal was ​reportedly keen on signing the left-winger last summer before eventually opting for club-record signing Nicolas Pépé. Still only 25, Fraser still has time to develop and seal a move to a top-six club.

With a limited January budget, Mikel Arteta may try again to secure the services of the former Aberdeen star.